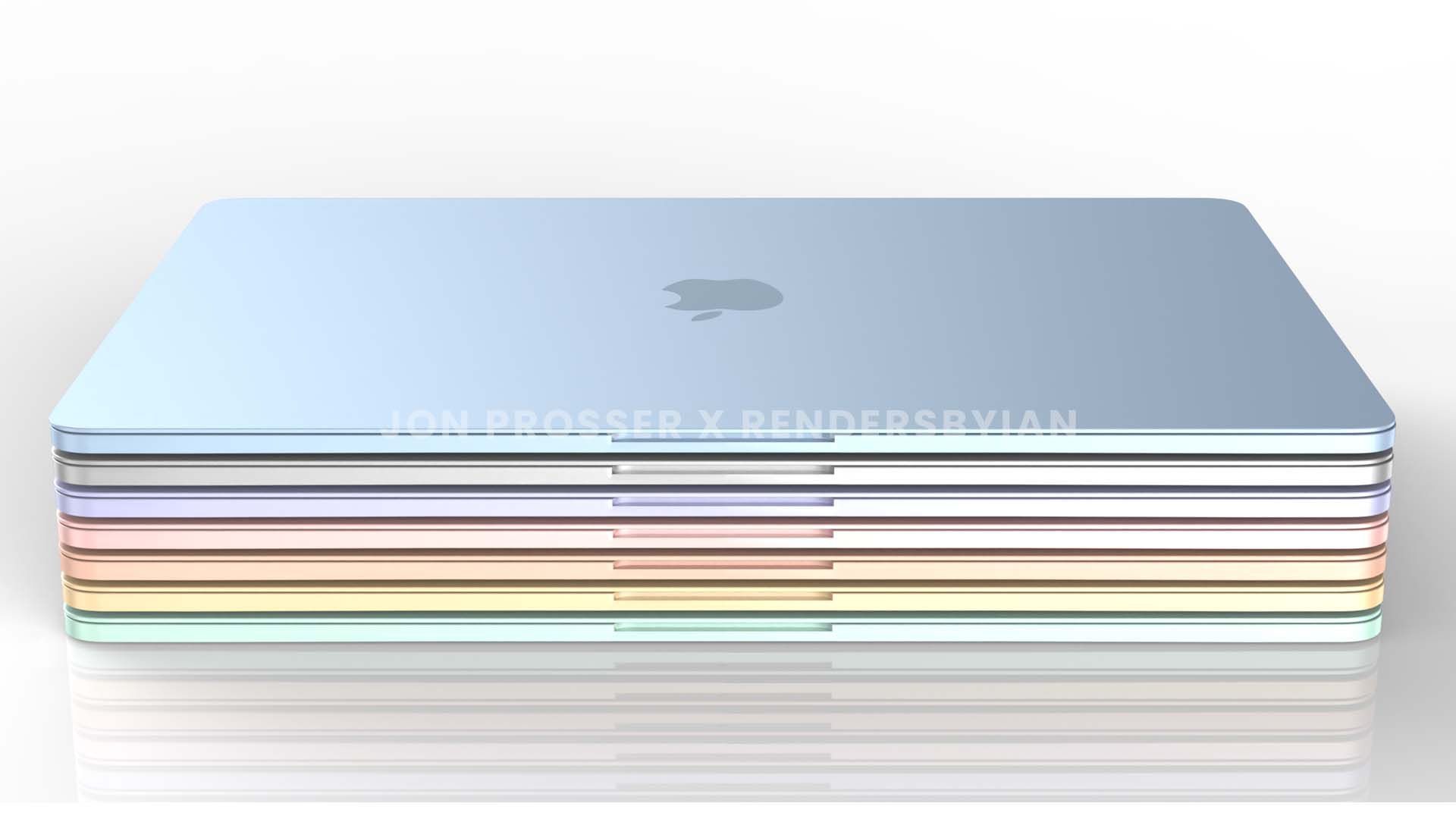 May 11, 2021 1 min, 17 secs
Apple's next MacBook Air will feature a completely new design and come in a range of colors like the 24-inch iMac, according to leaker Jon Prosser, who has now released supposedly accurate renders of the new machines based on leaked images.

In a new video uploaded to YouTube channel Front Page Tech, Prosser elaborated on his previous prediction that Apple's next-generation ‌MacBook Air‌ models will come in a range of colors and showed renders depicting the new machines.

In his previous video, Prosser assumed that the next-generation ‌MacBook Air‌ would feature an M2 Apple silicon chip, and be a successor to the current M1 ‌MacBook Air‌.

Prosser said that he came to the conclusion that the leaked images showed a ‌MacBook Air‌ due to its ultra-slim profile and dissimilarity to leaked schematics showing the next-generation MacBook Pro models.

Prosser said that the design of the ‌MacBook Air‌ is no longer tapered, but it is considerably thinner overall.

A previous report from Bloomberg's Mark Gurman said that the next ‌MacBook Air‌ and MacBook Pro would feature the return of a ‌MagSafe‌ connector with faster charging speeds.

The display and the size of its bezels are not known and purely speculative, but Prosser said that, just like the 24-inch ‌iMac‌, the new ‌MacBook Air‌ will feature white bezels.

One of the most significant changes will be the range of colors offered on the ‌MacBook Air‌ for the first time!