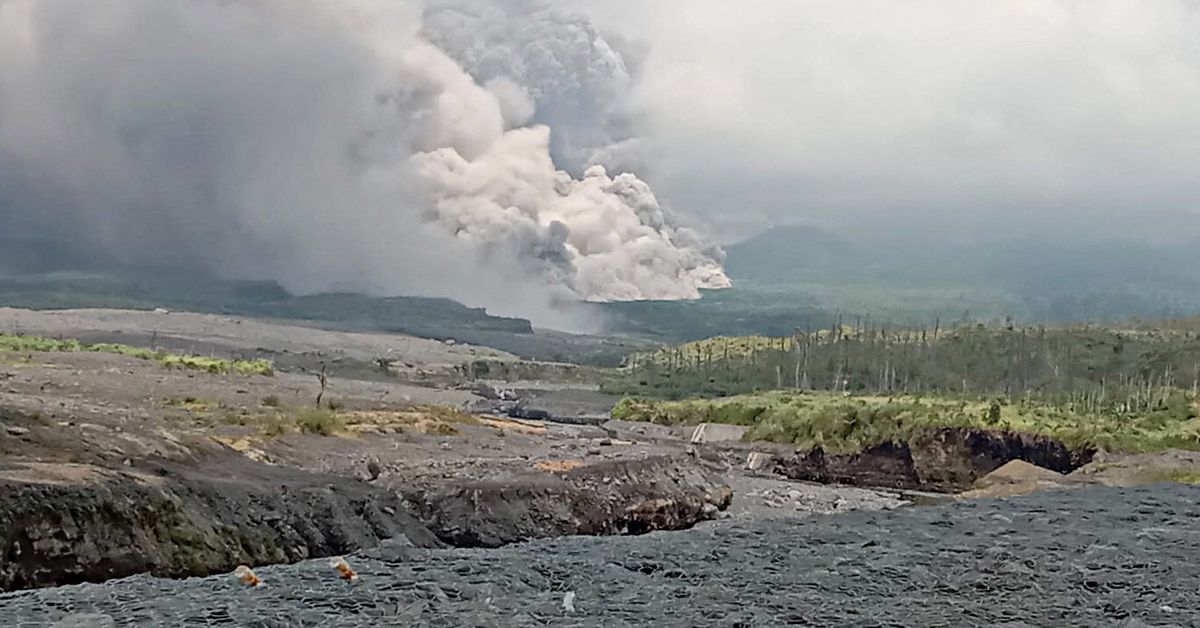 JAKARTA, Dec 4 (Reuters) - A volcano erupted in Indonesia on Sunday spewing a cloud of ash 15 km into the sky and forcing the evacuation of nearly 2,000 people, authorities said, as they issued their highest warning for the area in the east of Java island.There were no immediate reports of any casualties from the eruption of the Semeru volcano and Indonesia's transport ministry said that there was no impact on air travel but notices had been sent to two regional airports for vigilance.Indonesia's disaster mitigation agency (BNPB) said 1,979 people had been moved to 11 shelters and authorities had distributed masks to residents.The eruption, some 640 km (400 miles) east of the capital, Jakarta, follows a series of earthquakes in the west of Java, including one last month that killed more than 300 people.Hot ash clouds had drifted nearly 12 miles (19 km) from the centre of eruption, it said.With 142 volcanoes, Indonesia has the world's largest population living close range to volcano, with 8.6 million people within 10 km (6 miles) of one.

3 Suspects arrested over Pakistan mosque blast, police focus on how bomber got in - Reuters

3 Blackouts, currency dives and corruption: Pakistan's economy is on the brink of collapse - CNBC