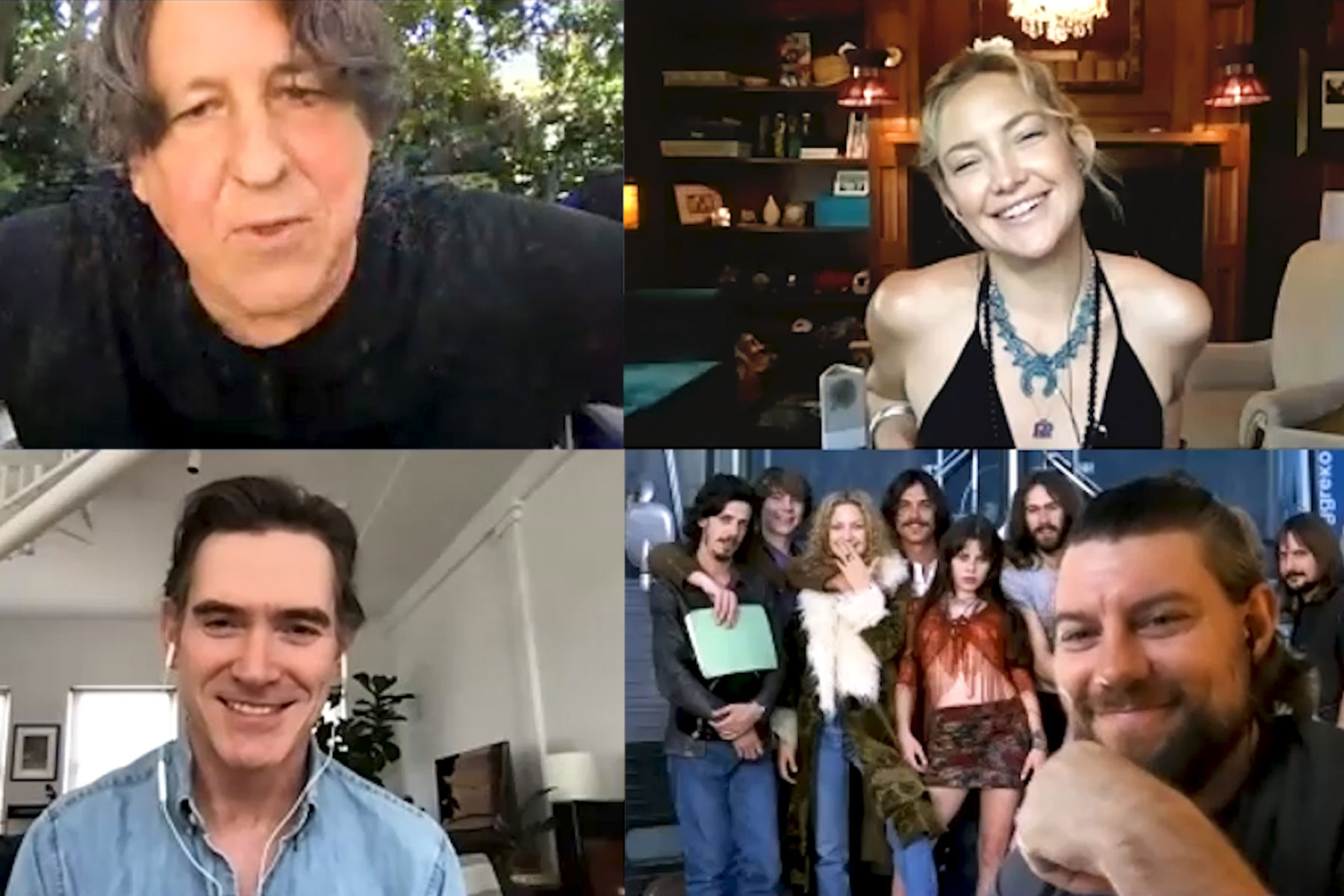 It was one of those situations where you just felt it.

It was like a physical thing when they started singing along, and you could feel all the relationships all in that one spot?

And Billy is there in the front, just kind of way inside of his head, and they’re singing, and you just can’t help but go: “This is the movie?

And I talked to the cinematographer and said, “We gotta cover everybody singing ‘Tiny Dancer.’ And he’s like, “Did you hear what the studio told you recently.

Like Kate, I don’t think “you are home” was in the script, right.

And you got to love Elton Kohn, because as soon as he saw the movie, he was like, “I always loved that song, ‘Tiny Dancer.’  You understand that song ‘Tiny Dancer!” And he started playing it in his show and he’s never stopped playing it.

So everybody was kind of weary.

And then Kate kind of gives him the map for the future.

And everybody just felt so grateful that we had the time to do it.

But everybody else on the bus was, and so when we were doing this individual coverage, everyone would sing their beautiful part and then we got to me and I started to sing and I could hear the snickers coming from behind me about my effort.

And Cameron just rushes onto the bus bus and he’s like, “I don’t care how it sounds.

That song, that moment really does sort of personify like what those moments felt like as a whole for me doing the movie

Fugit: Still, if I go into a bar or a club where there’s a DJ or there’s any kind of a jukebox or anything like that, somebody ends up playing “Tiny Dancer.” And just stares at me