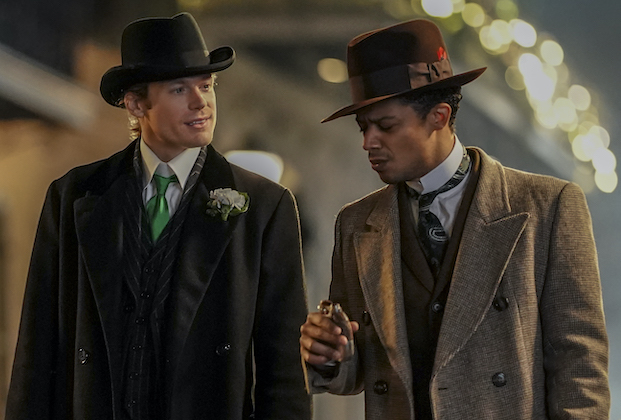 Near the end of the premiere of Interview With the Vampire, Louis de Pointe du Lac declared, “The vampire is bored.” But were you.In the present, Louis (Jacob Anderson) invited investigative journalist Daniel Molloy (Eric Bogosian) into his luxe coffin penthouse to redo the Q&A that had gone so awry nearly 50 years earlier.Alternately outright antagonistic and telepathically appealing to Louis, the vampire set about seducing him.

But Louis hadn’t turned a corner so much as he’d gone in a circle.

“That was the last sunrise I ever saw,” Louis told Daniel.

For the night of Paul’s funeral, Louis skipped the wake to visit Lily, only to be told that she’d died of Lestat’s bite “the fever.” .

Wracked with guilt, Louis began to make a tearful confession at St?

You just have to ask me for it.” Utterly disarmed by Lestat’s argument, Louis did indeed ask for it and allowed himself to be transformed.

1 Spotify 2022 Wrapped: How to Watch (and Rewatch) Your Personalized Recap - CNET

8 Jim Parsons on the new LGBTQ love story 'Spoiler Alert' and his bumpy exit from 'The Big Bang Theory': 'I was doing what I had to do' - Yahoo Entertainment