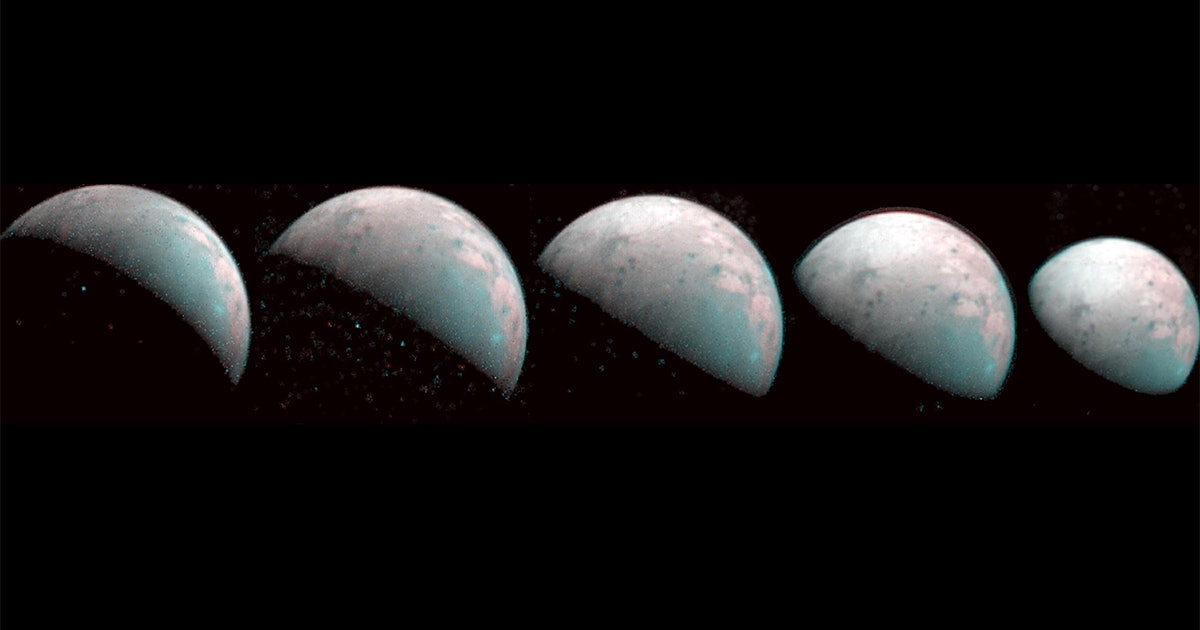 Jul 28, 2021 48 secs
New information from Hubble's Cosmic Origins Spectrograph (COS) and archival images from the Space Telescope Imaging Spectrograph (STIS) from 1998 to 2010 has found a culprit behind this mysterious phenomenon: Ganymede releases water vapor from its icy surface.

The recent findings are detailed in a study published Monday in the journal Nature Astronomy and provide scientists with precious insight on other icy moons in the Solar System that may host water and the possibility of life.