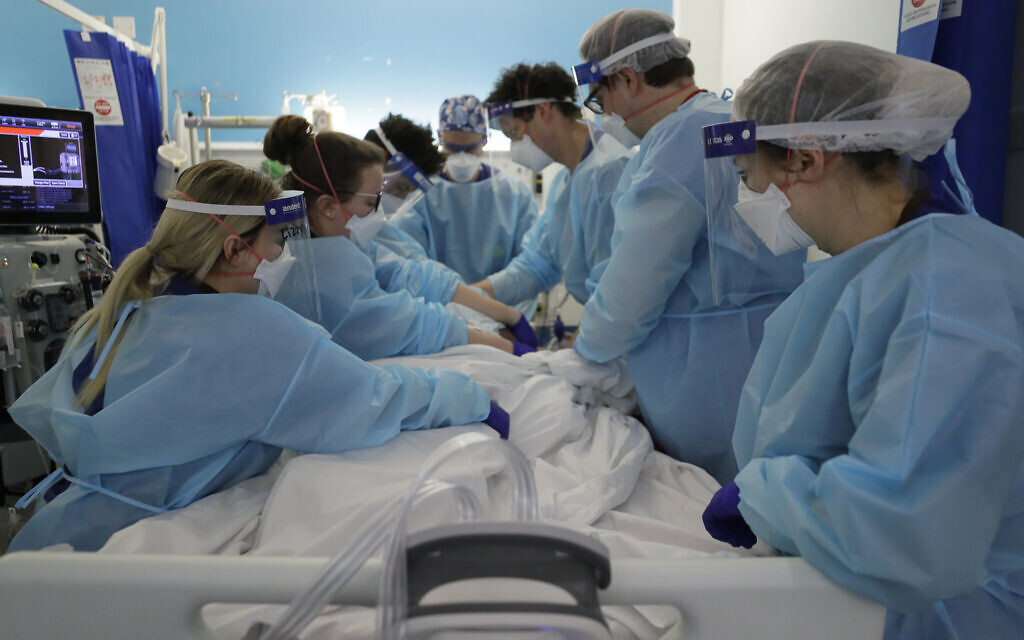 Nov 24, 2021 44 secs
A clinical study for MesenCure, conducted in Israel, involved 50 patients hospitalized in serious condition, and a similar size control group that received the best standard of care without the drug.Haifa-based Bonus BioGroup, which developed the drug, reported that out of the first 30 patients who received the therapy, two died, representing 6.7% of the group, and the average hospitalization of those treated was 9.4 days.

A third of the patients who received the drug were discharged from the hospital as the five-day course of treatment ended.

Among the control group, 23.3% of the patients died of COVID-19 or its complications, and average hospitalization was 17.2 days.

Eyal Leshem, a senior infectious diseases doctor at Sheba Medical Center who is unconnected to the drug developer, told The Times of Israel.