It's 'Not Moral' to Request Abstinence to Stop Monkeypox: LGBT Activists - Daily Signal

It's 'Not Moral' to Request Abstinence to Stop Monkeypox: LGBT Activists - Daily Signal 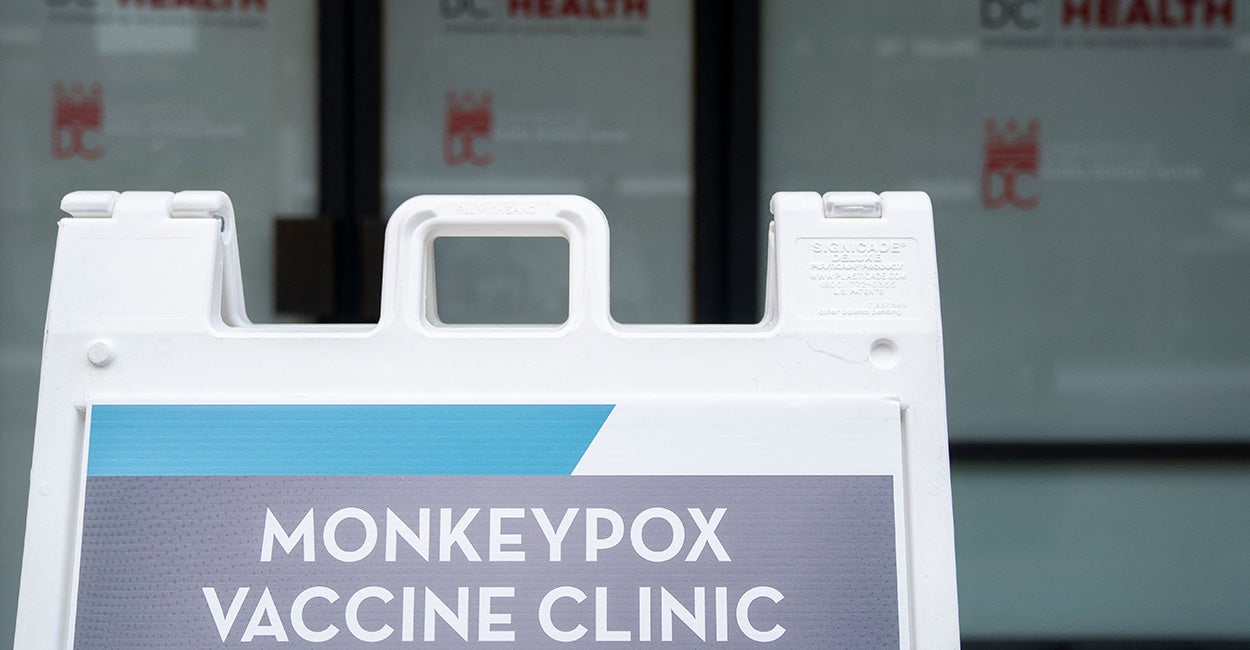 Although 94% of reported monkeypox cases occurred in men having sex with men, many in the LGBTQ community have dismissed calls for less sex.

Pictured: A monkeypox vaccine clinic is seen on Aug.

New Centers for Disease Control and Prevention data confirms that monkeypox overwhelmingly occurs in men who identify as gay or bisexual and who engage in risky sexual behavior—yet LGBT activists have said it is “not moral” to ask men to refrain from sex until the government can get the virus corralled.Virtually all cases reported through last month involved men who have sex with men.

monkeypox cases with available data, 99% occurred in men, 94% of whom reported recent male-to-male sexual or close intimate contact” within three weeks before they developed symptoms, according to a CDC report released on Friday.

Of that number, one-third of men said they had sex with five or more partners in the previous three weeks.

The report also noted that monkeypox infections often took place in group settings: 38% “reported group sex, defined as sex with more than two persons, at a festival, group sex event, or sex party,” according to the CDC data, which cover May 17 through July 22.The Biden administration’s survey confirms a study published in The New England Journal of Medicine last month, which found “98% of the persons with infection were gay or bisexual men” and that transmission “was suspected to have occurred through sexual activity in 95% of the persons with infection.”.While the CDC explains that “the best way to protect yourself and others is to avoid sex of any kind,” it also recommends having virtual sex or “having sex with your clothes on.” World Health Organization Director-General Tedros Adhanom Ghebreyesus also counseled “for the moment, reducing your number of sexual partners.”.Despite such a stark number of monkeypox cases tied to homosexual or bisexual activities, the notion that men who identify as gay should momentarily abstain from having sex hardly received a hearing from the LGBTQ community, the public health establishment, and the legacy media.Christian conservatives say that response confirms their contention that public health often rests on public ethics.

monkeypox cases, yet The Washington Post reported: “Sex is a major driver of the global outbreak

The paper quoted one such official, WHO adviser Andy Seale, urging politicians to share monkeypox data in “a stigma-free, moral-free, not-making-any-judgments manner.” Yet epidemiologist Dr

Bostom recently told “Washington Watch” that any honest analysis would reveal that the monkeypox “outbreak has been fueled … by gay bacchanalia.”

The foundation did not explain how taking no precautions would slow the spread of monkeypox“Straight people wonder why gay men risk their lives in the midst of the monkeypox endemic, in order to take part in a sex fair,” he saidCalifornia Democrats apparently regard the hypersexualized thirst for large numbers of anonymous sexual partners as deserving of greater protection than actual religionYet the Bay City’s left-wing political leadership has greeted monkeypox with exceptionally lax personal demands

“People will make their own decisions about their own risk levels.” He tweeted, “Lecturing people not to have sex isn’t a public health strategy

For its part, the Biden administration, which declared monkeypox a public health emergency on Thursday, has shared LGBTQ activists’ emphasis on finding a medical remedy rather than addressing the underlying behavior spreading the virus

has recorded 7,509 total cases of monkeypox as of this writing, the Biden administration plans to ship out 950,000 doses of the monkeypox vaccine by September

“Increasingly, whether you identify as gay or straight in America today, we now view our sexual behaviors, our sexual desires, our sexual urges as really at the core of who we areAs the public response to the monkeypox outbreak shows, many American political leaders consider sexuality a far more central aspect of our lives—and their jobs—than the constitutionally protected freedom of religion

2 Exclusive — McCarthy: ‘Every Means Possible’ on Table for GOP to Roll Biden with Leverage

9 Capitalism has lifted more people out of poverty than ‘any created system by mankind’: Clay Travis

13 What Parents Need to Know About Enterovirus D68 - Lifehacker

15 'Fleishman Is in Trouble' Gets November 17 Release Date - Vulture