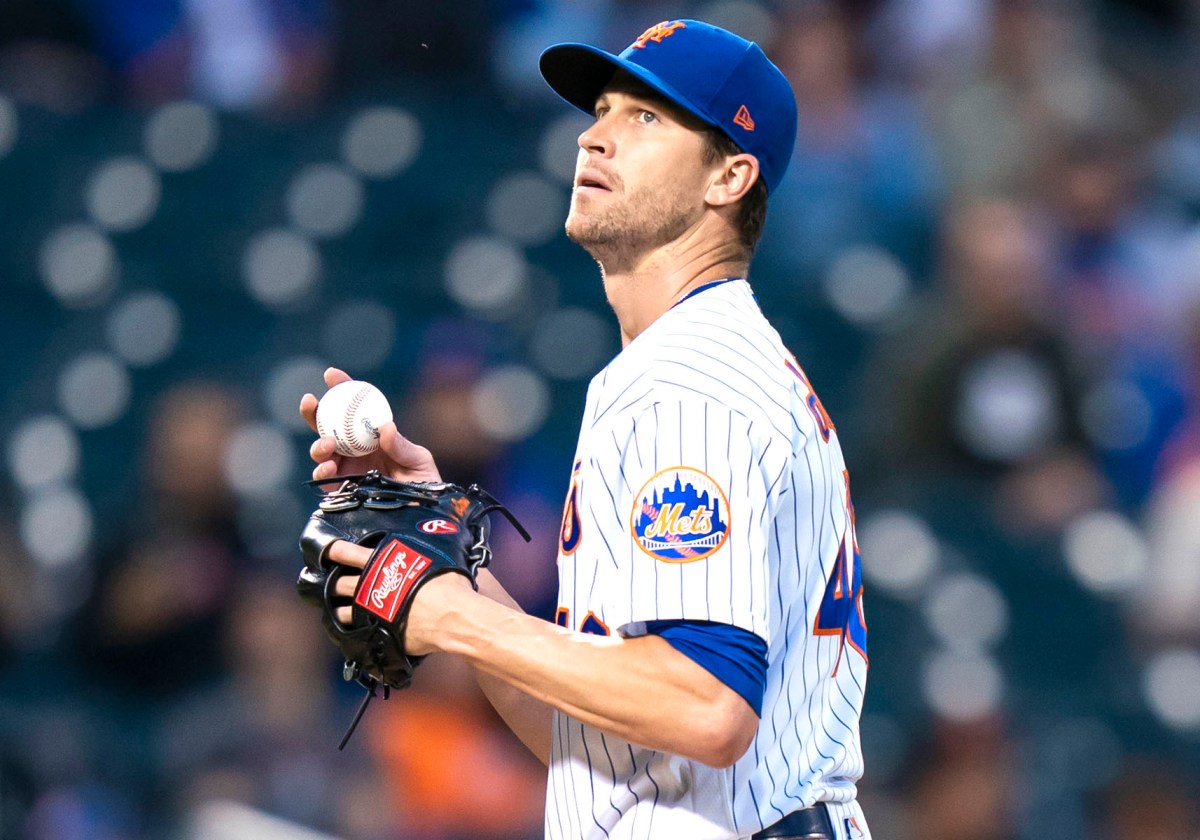 Jun 12, 2021 1 min, 25 secs
The Mets announced, during their 3-2 victory over the Padres, that deGrom has right flexor tendinitis, momentarily interrupting his magical season again.After the game, however, deGrom said he wasn’t overly concerned.

He knows what a serious elbow injury feels like — deGrom underwent Tommy John Surgery in 2010 and had another operation in 2016 to repair nerve damage in his elbow — and he said this wasn’t it.

“I’ve had a couple elbow issues before, and I know what that feeling is like, so my level of concern is not too high,” said deGrom, who went on the injured list for two weeks last month with tightness in his right side and back.

It felt better as the week went on, and it wasn’t until he was warming up in the sixth inning that it tightened up on him.

The Mets are planning to give deGrom extra treatment before his next start.

When he was in the game, deGrom continued his sheer brilliance, both on the mound and at the plate.The Padres managed just one base-runner — Wil Myers on an opposite field single in the fifth inning — against deGrom, who reached double-digit strikeouts for the fifth time this year.

With his fourth inning strikeout of Tatis, deGrom reached 100 punchouts on the season in just 61 ²/₃ innings, the fastest ever for a pitcher since the mound was moved to its current distance of 60 feet, 6 inches in 1893.

After Jose Peraza walked and Padres pitcher Blake Snell balked the runners to second and third, deGrom laced a 1-2 fastball in left-center field to make it 3-0