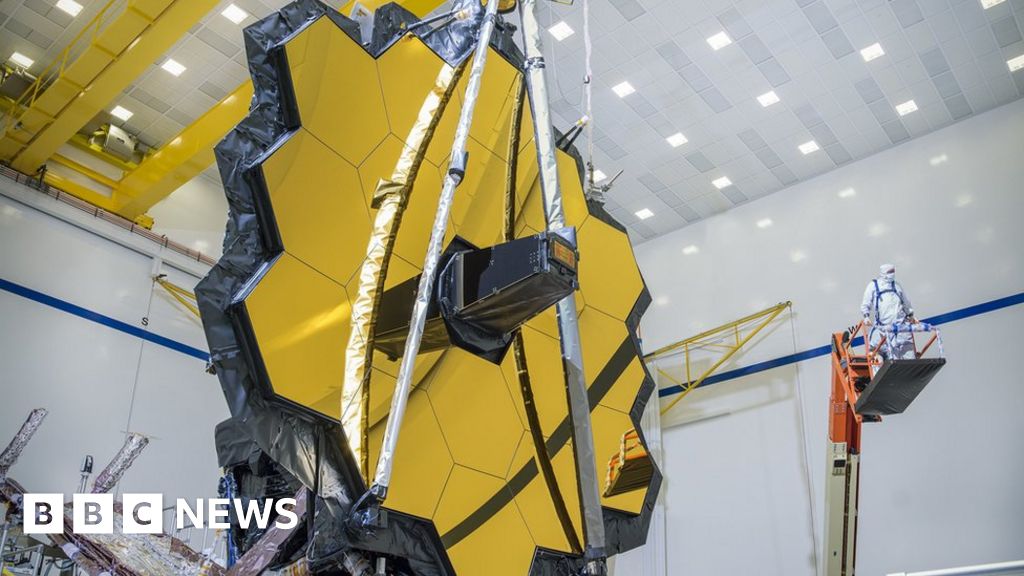 May 12, 2021 1 min, 50 secs
The technological marvel that is the James Webb Space Telescope (JWST) is going through final testing before being shipped to the launch site.The segmented reflector has to be folded to fit inside the launch rocket - that's how big it is; and the technicians at aerospace manufacturer Northrop Grumman want to be sure that it'll have no problems being straightened out again once in space.The company has gone through the unfolding exercise for other stowable components, including the tennis-court-sized parasol that will shade Webb's observations from the Sun.Soon, JWST - under the leadership of the US space agency (Nasa) - will be put inside a large container and taken on a ship from where it is now, in California, to the European rocket facility at Kourou in French Guiana - a two-week trip that will involve passage through the Panama Canal.The European Space Agency (Esa), a key partner on the project, is providing the launch vehicle - an Ariane-5.The days following will be exciting, and anxiety-laden."When we take that first picture of a star about 40 days after launch, instead of a single star we're going to see 18 stars because each of the mirrors behaves as a single mirror," explained Begoña Vila, an instrument systems engineer with Nasa."The work we need to do is identify which star belongs to which mirror, and then bring them all together so at the end we have a single star that looks very nice, that is very well focused for all the instruments to use.".

Webb will be able tell if that is the case," said Klaus Pontoppidan, project scientist at the Space Telescope Science Institute which will manage the telescope during its lifetime.

Astronauts will not visit it to repair and upgrade systems, as they did five times with the veteran space observatory.