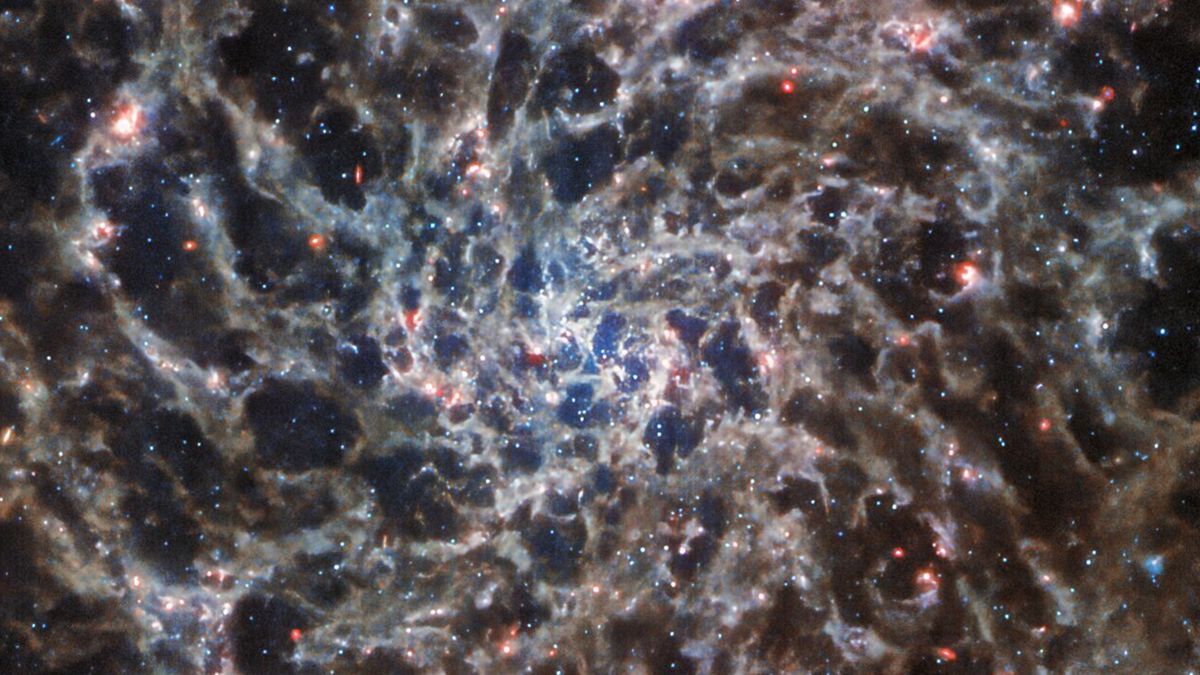 A new photo taken by the James Webb Space Telescope (JWST) has revealed the hidden gaseous "bone" structure of a distant galaxy — and it's absolutely spectacular.

The 66,000 light-year-wide galaxy — roughly two-thirds the size of our Milky Way — was also imaged in the past by the Hubble Space Telescope.

But Hubble can’t see in the infrared region of the electromagnetic spectrum, whereas the James Webb Space Telescope can.

The JWST is the most advanced space telescope ever built, with the ability to peek inside the atmospheres of far-away exoplanets and read the earliest chapter of the universe's history in its faintest glimmers of light — which have been stretched to infrared frequencies from billions of years of travel across the expanding fabric of space-time.

To name just a few, the telescope has captured stunning images of cartwheel galaxies; Einstein rings; Orion's sword; Neptune's ghostly halo; and the deepest image of the universe ever produced.

In the case of IC 5332, ESA scientists hope that by comparing the Hubble and JWST images of the distant galaxy, they can learn more about the galaxy’s composition and structure, as well as how these may translate to more general patterns witnessed across all spiral galaxies.

3 Magnificent ring of stars captured by Hubble is the result of two galaxies in head-on collision - Livescience.com

5 Fungi that cause lung infections may be lurking in the soil of most US states - Livescience.com

6 Eerie green fireball detected hours before smashing into Lake Ontario in the dead of night - Livescience.com

15 ‘He sold himself to the devil’ – Messi, 2030, and a very uncomfortable deal with Saudi Arabia - The Athletic