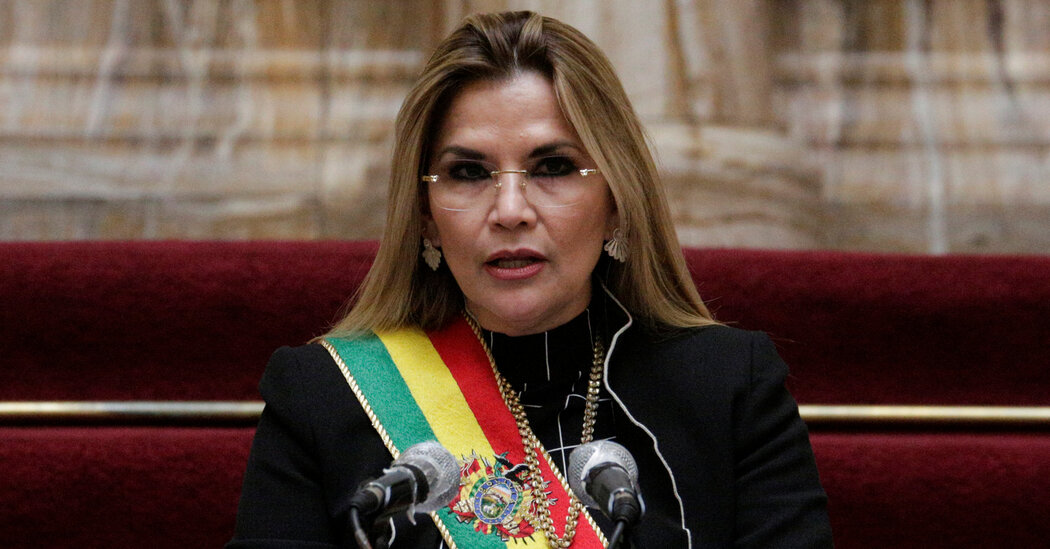 Less than a year after declaring herself president of her turbulent country, Jeanine Añez abandoned her attempt to win official approval from the voters.

MEXICO CITY — Bolivia’s interim president, Jeanine Añez, said Thursday that she was abandoning her election campaign, capping a stormy year in power during which divisions in her polarized nation grew only deeper.

Añez said she was dropping out to help unite the conservative vote and try to block the current front-runner, the leftist former economy minister Luis Arce, from winning.

Añez said in a national address published on social media.

Añez, then a junior lawmaker, declared to the nation last November after a chaotic election yielded a leadership vacuum.

Añez was a retiring senator from a remote farming region, and Bolivia’s longtime president, Evo Morales, the country’s first Indigenous leader, had fled into exile.

Morales’s Movement to Socialism party, which remains Bolivia’s largest, backfired, galvanizing opposition from the country’s Indigenous majority and hobbling her ability to govern.