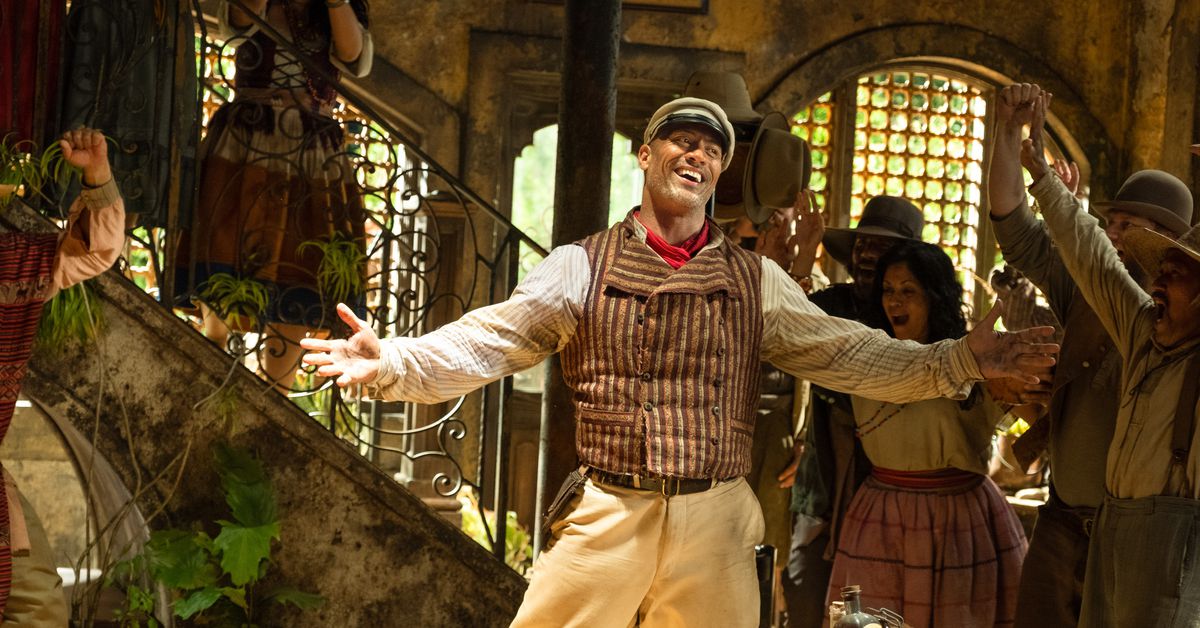 Part of that was establishing Seven Bucks Productions, in order to do what he really wanted to do: make giant movies that mass audiences want to see.

“I think for us — Dany [Garcia, Seven Bucks co-founder], Dwayne, myself — we’ve always been fans of four-quad movies like Jurassic Park, ET, Back to the Future, the kind of storytelling that you can take the whole family to, eight to 80, everyone has a good time.

“Ironically, Jungle Cruise was DJ’s favorite ride,” Garcia says.While Jungle Cruise makes good on Johnson’s dream to lead a movie in the mold of Pirates, Indiana Jones, and The Mummy, it’s also given him another key collaborator: The Shallows and Non-Stop director Jaume Collet-Serra.

The two forged such a connection on the set of the Disney adventure movie that Johnson recruited the director to helm his long-gestating comic book movie, Black Adam.

“I remember while we were filming Jungle Cruise, having a lunch with Jaume and being like, ‘Dude, you would be so perfect for Black Adam, let me pitch you this movie that we have this idea what we want to do.

But at the same time, I was also watching him do this big world-building movie with Jungle Cruise