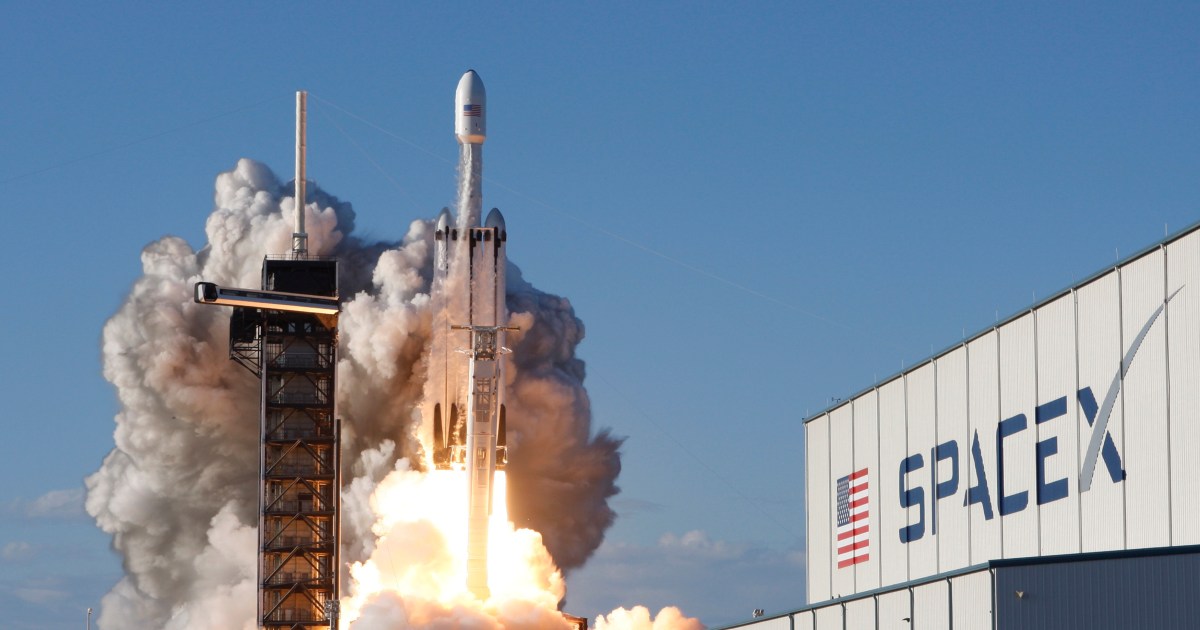 Jul 26, 2021 1 min, 27 secs
SpaceX Falcon Heavy rocket beat out SLS, the next mega launcher, to launch NASAâ€™s Jupiter moon mission.NASAâ€™s highly anticipated mission to explore Jupiterâ€™s largest moon, Europa, has officially booked its ride to space.According to NASA officials, the $4.25bn Europa Clipper spacecraft will launch atop a SpaceX Falcon Heavy rocket as part of a contract worth about $178m.If all goes according to plan, Clipper will blast off in October 2024 from NASAâ€™s Kennedy Space Center in Florida and arrive at Jupiter in April 2030.The announcement made on Friday marks a major win for SpaceX as the Europa Clipper mission was originally slated to fly on NASAâ€™s newest mega launcher, the Space Launch System (SLS).Since its inception, Clipper was legally obligated to launch on NASAâ€™s Space Launch System (SLS).SLS is NASAâ€™s next moon rocket.

â€œIncluding Falcon Heavy and other comparable launch vehicles, while still planning for SLS.â€.

NASA was left with a conundrum: does Europa Clipper sit in storage waiting for the chance to fly on an SLS rocket, or does the mission take a little longer to get to Jupiter.That decision led to NASA ultimately choosing to launch Clipper on Falcon Heavy.

â€œThe $178m quoted launch cost for the Falcon Heavy is $65m less than the launch of the Mars Perseverance rover on an Atlas V,â€ he said â€“ which marks significant savings over the estimated $2bn that SLS was estimated to cost.

Not only will it launch the Europa Clipper mission, but prior to that, Falcon Heavy is scheduled to propel the Psyche mission into orbit in 2022.