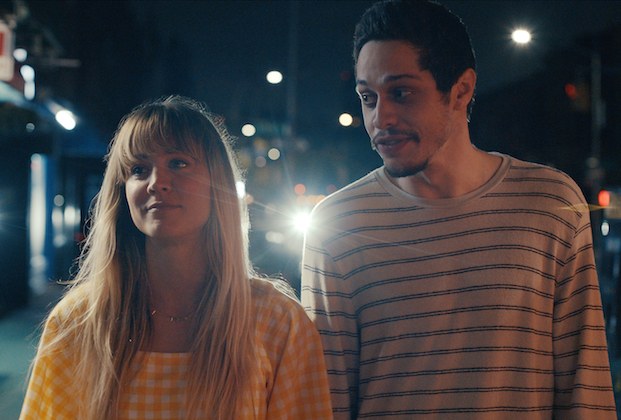 As the title says, Emmy nominee Kaley Cuoco and Pete Davidson Meet Cute, lotsa times, in their Peacock movie rom-com — which now has a premiere date and an unforeseen sci-fi element.Written by Noga Pnueli, directed by Alex Lehmann and filmed here in New York, Meet Cute tells the story of Sheila and Gary (played by The Flight Attendant‘s Cuoco and SNL vet Davidson), who when they meet, it’s love at first sight.

Sheila has access to a time machine, and she and Gary have been falling in love over and over again.

The Peacock original movie premieres on Wednesday, Sept.With The Flight Attendant‘s next takeoff currently in limbo, Cuoco recently signed on for a comedic thriller series at Peacock.Davidson, who in May announced his exit from SNL after eight seasons, is due to play a heightened, Curb Your Enthusiasm-like version of himself in a comedy for Peacock

5 Hands on with AptX Lossless, the new tech promising CD-quality audio over Bluetooth - The Verge

8 Porsche to debut amid market tumult in historic IPO - Reuters

11 Google Messages getting ability to react to SMS, as annoying as iMessage equivalent - 9to5Google

12 Ubisoft, Bungie, and Others Working on Stadia Game Save Transfers - IGN - IGN

14 Here's everything Amazon just announced: A Kindle you can write on, a new TV, four new Echos and more - CNBC