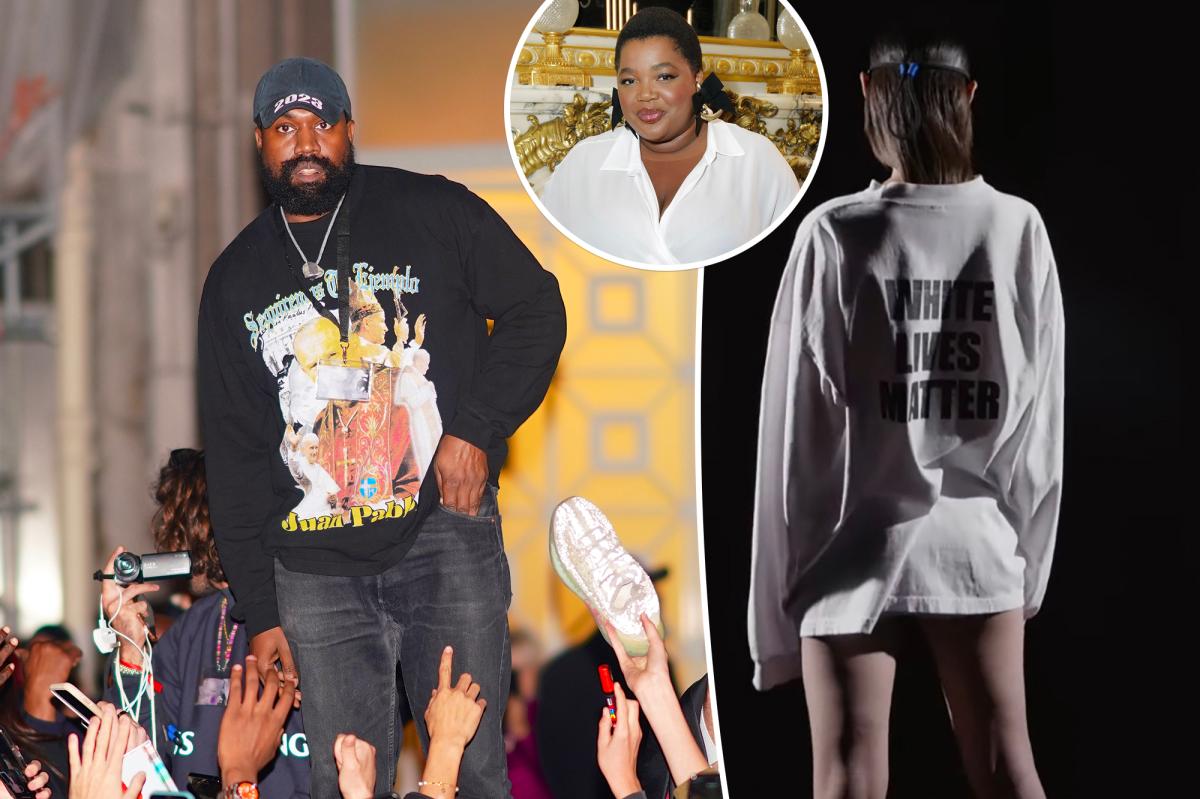 Kanye West called Vogue fashion editor Gabriella Karefa-Johnson his “sister” after attacking her for criticizing his “White Lives Matter” T-shirts.“GABBY IS MY SISTER,” Ye wrote on Instagram Tuesday night while also sharing a picture of Karefa-Johnson.In his post, Ye claimed he felt that Karefa-Johnson was being “used” by her company “to speak on my expression” — which she denied.Vogue also confirmed that Ye and Karefa-Johnson met up before condemning his treatment of their employee in an Instagram post on Tuesday.“Vogue stands with Gabriella Karefa-Johnson, our global fashion editor at large and longtime contributor.Ye’s most recent feud started after the Vogue editor slammed West’s “White Lives Matter” designs as “indefensible behavior” while she sat front row at his show in Paris.“I’m fuming… collecting my thoughts …,” she wrote via her Instagram Story along with a video of her reaction to the fashion show.

After seeing her Stories, Ye went after the Vogue editor’s fashion choicesIn a separate post, he zoomed in on the boots and wrote, “I KNOOOOOW ANNA HAAAATES THESE BOOTS,” referring to Wintour

13 Exclusive — Louisiana AG Jeff Landry on Media Cartel Bill JCPA: Tell Your Senators ‘Do Not Vote for This’