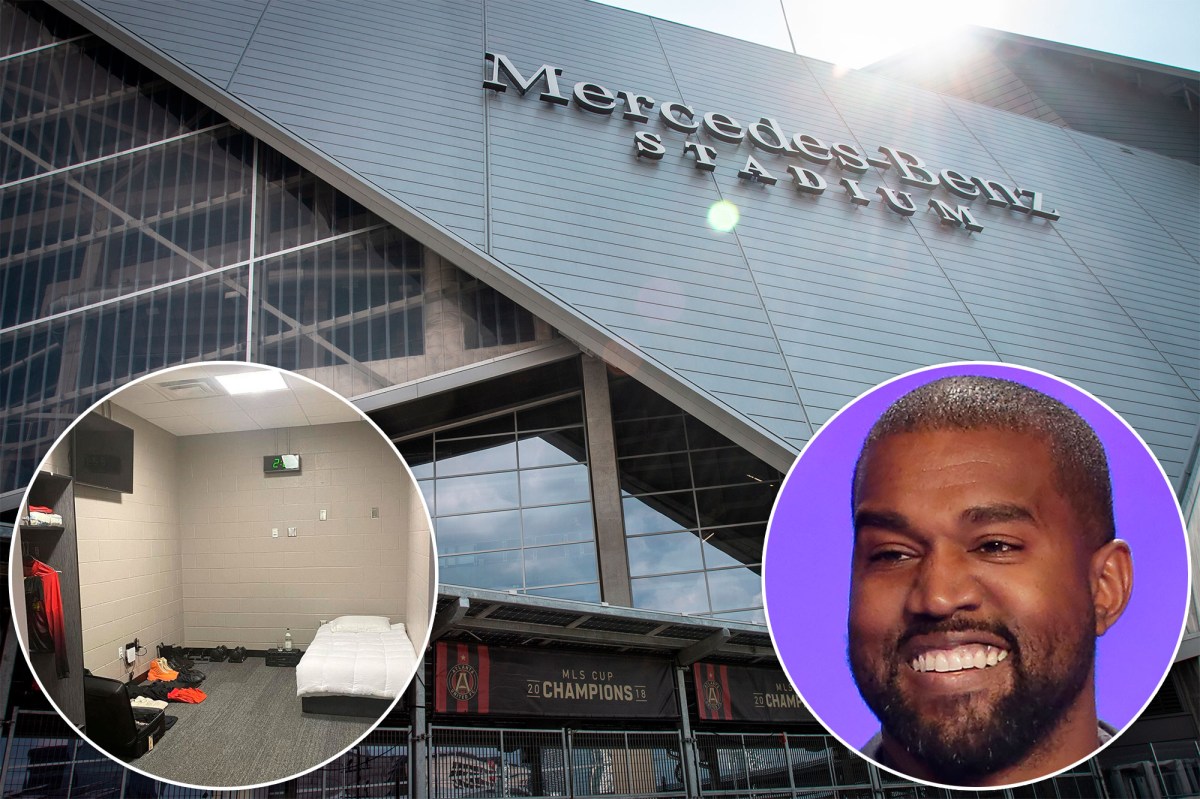 Jul 31, 2021 40 secs
Kanye West has new “lease” on life, we hear.West â€” whoâ€™s been living in Atlantaâ€™s Mercedes-Benz Stadium while he finishes his latest, delayed album â€œDondaâ€ â€” now has a contract in place with the venue to stay there while he finishes up his music, insiders exclusively told Page Six6We hear that initially West was essentially squatting at the stadium after hosting a massive listening party there, and then deciding to take up residence in the massive 71,000-seat arena to put the finishing touches on the recording.Reports have said West, 44, will now release the record on Aug.

West has already been at the stadium during a pro soccer game.