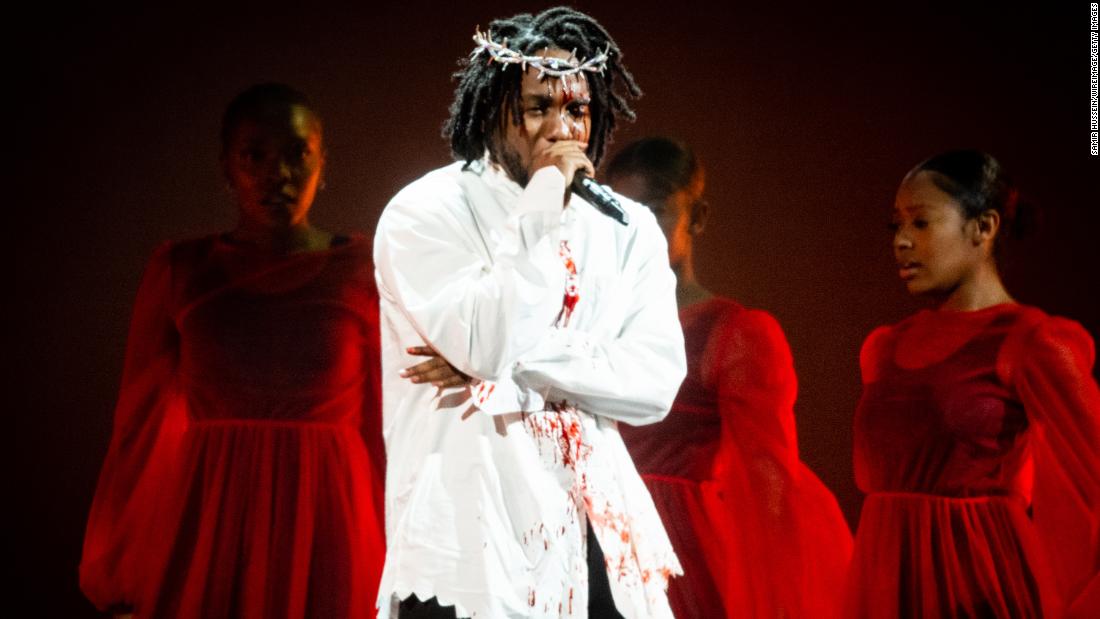 When Lamar took to the stage at Worthy Farm in Somerset, England, he addressed themes of social injustice, faith, greed, loyalty and prejudice with choreographed performances of tracks such as "N95" and "United in Grief" from his latest album, "Mr.

Morale & the Big Steppers," as well as older hits like "Humble" and "Alright."

The Pulitzer Prize-winning star ended his Pyramid Stage set with a rendition of his new song, "Savior," which touches on politics, Covid and the Black Lives Matter movement, describing it as his "favorite record" off his new album.

As he rapped on stage, fake blood poured down his face from the crown, soaking his white shirt.

At the end of the performance, he repeated the chant, "They judge you, they judge Christ.

5 ‘I couldn’t believe I got it’: Six Flags worker suspects he got monkeypox at work - WSB Atlanta

9 What's in it for you? Five cash benefits in the Democrats' climate and health bill