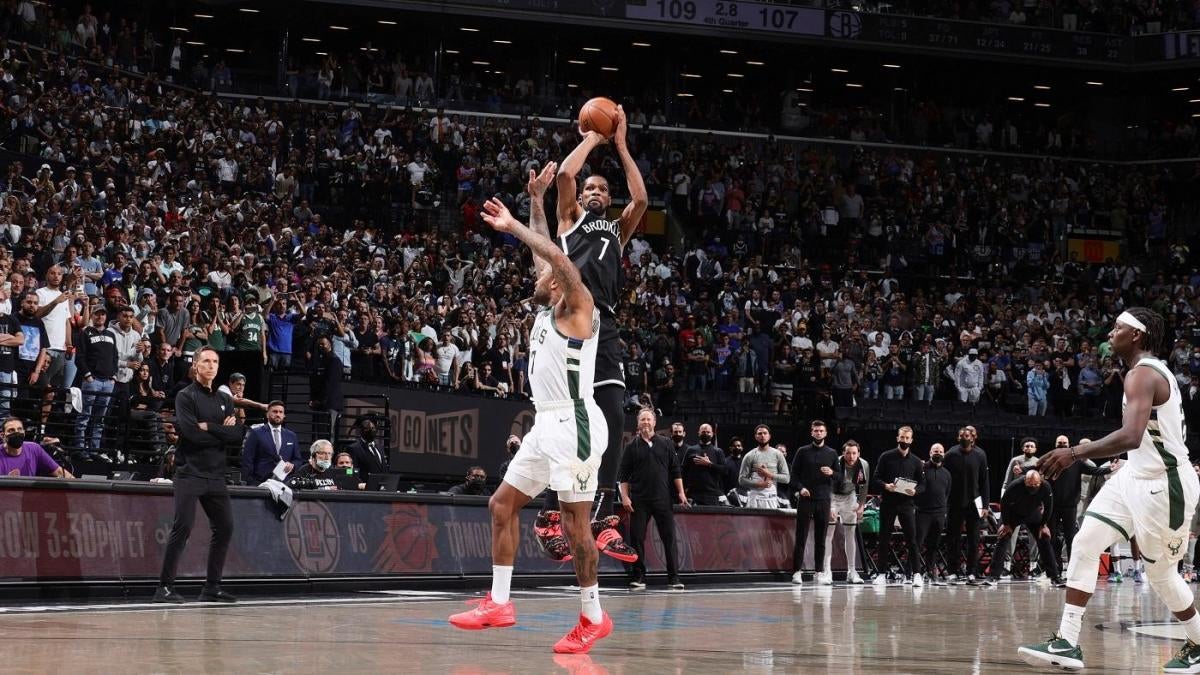 Jun 20, 2021 46 secs
In the waning seconds of regulation during the Nets' Game 7 match up against the Bucks on Saturday, he did just that!With a few seconds left in regulation Durant was near the top of the key and got the ball in his hands to either win the game, or send it into overtime!

The shot hit nothing but net and tied the game 109-109, sending the game into overtime.

It wasn't just the eyes of a basketball-watching word on Durant when he was making that incredible shot, it was his peers in the NBA community