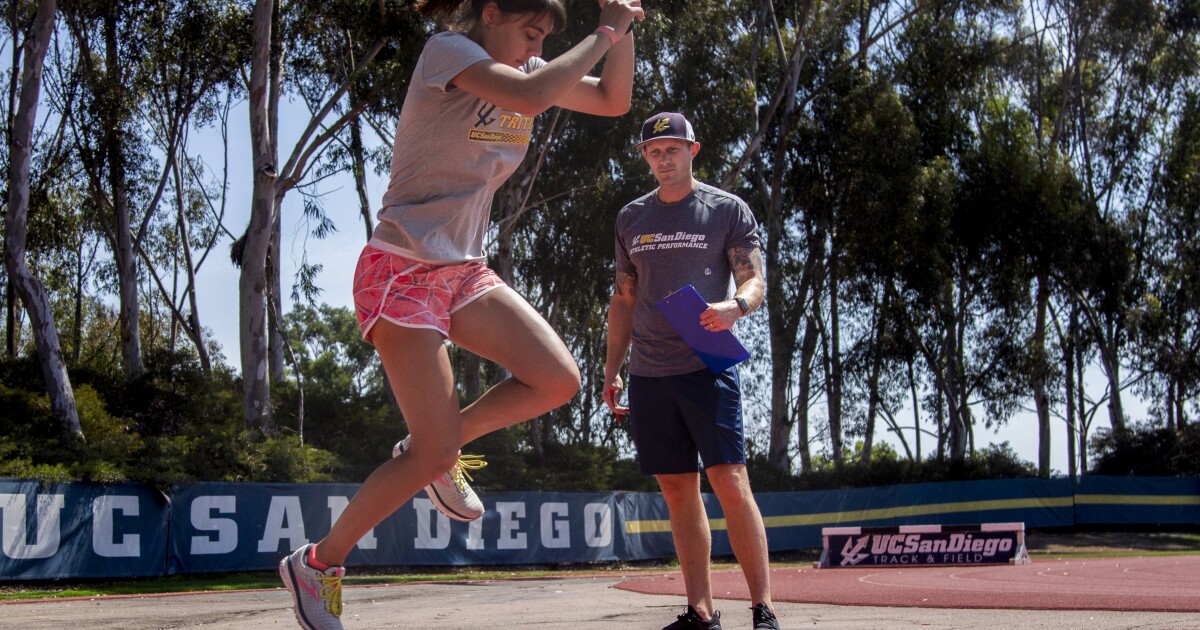 Warm, muggy nights to last into the weekend along San Diego coastline.

RV destroyed after it catches fire parked along a Rancho San Diego street.

On the eve of the Tokyo Olympics, a La Jolla billionaire couple is giving scientists $220 million to study the biology of elite athletes in hopes of gaining insights that will broadly help people live longer, healthier lives?The gift from Joe and Clara Tsai appears to be among the largest ever made for sports-related health and medical research and will benefit the Salk Institute in La Jolla, a world leader in basic biology, and UC San Diego, which specializes in turning discoveries into drugs and therapies?They will share the $220 million with Stanford, which will lead the new Wu Tsai Human Performance Alliance, as well as Boston Children’s Hospital, the University of Kansas and the University of Oregon?The Chula Vista Elite Athlete Training Center, where some current Olympic athletes have been working out, and the San Diego Padres are likely to become part of the research, according to UCSD?“Scientific funding has traditionally been focused on the study of diseases,” Clara Wu Tsai said in a statement WednesdayJoe Tsai has enormous resources to devote to the problem

The new Tsai gift is among the biggest gifts of any kind ever made by donors who live in San Diego County, and it reflects the desire of some philanthropists to shorten the time it takes to turn lab discoveries into new treatments In 2013, La Jolla’s Denny Sanford gave UCSD $100 million to accelerate efforts to find ways to use human stem cells to treat a number of afflictions — a movement called bench to bedsideClara Tsai told the Union-Tribune in an email, “We started brainstorming around the idea for the Alliance in La Jolla before Covid in early 2020“We’re trying to incorporate not only mechanics but the underlying biology in order to make decisions about what the right equipment is and what the right training regimes and right rehab regimes are for everyone.”

Note to parents: Is your child struggling to find housing at UC San Diego