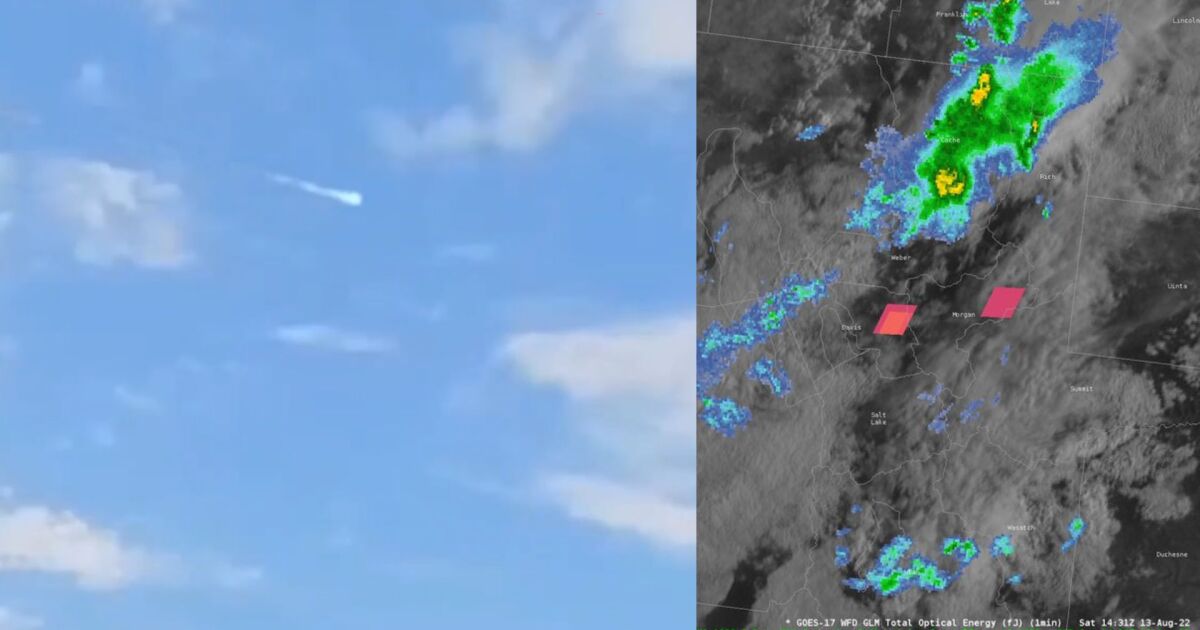 The sound was actually caused by a meteor.Robert Lunsford with the American Meteor Society said it’s rare to hear the sound created by a meteor.That’s why when the meteor came through the earth’s atmosphere, it pushed on the sound waves, resulting in the boom.“Anything that surpasses the speed of sound, where the air is thick enough to carry sound waves, can create a sonic boom," Lunsford said.VIDEO COMPILATION BELOW: Meteor streaking across sky; "Boom" noise captured on doorbell cameras