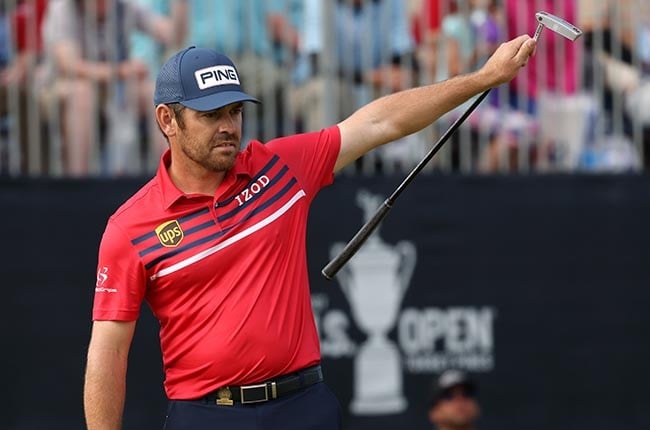 Jun 20, 2021 2 mins, 5 secs
South Africa's Louis Oosthuizen closed with a stunning 52-foot eagle putt to grab a share of the lead with Canada's Mackenzie Hughes and American Russell Henley after Saturday's dramatic third round of the US Open.Oosthuizen, the 2010 Open Championship winner, fired a one-under par 70 to stand on five-under 208 after 54 holes at Torrey Pines with Hughes, who fired a 68, and Henley, who saved par from a bunker at 18 to shoot 71.Four-time major winner Rory McIlroy and defending champion Bryson DeChambeau shared fourth on 210, charging into contention to set the stage for an intense final round."There are a lot of great players up there that have a chance of winning this," Oosthuizen said.After sinking a 30-foot birdie putt at the par-3 16th, Oosthuizen - who has five major runner-up finishes since his win 11 years ago at St."I was talking too it to slow down a little bit," Oosthuizen said."I know I'm going to be nervous tomorrow," Hughes said.A crowd limited to about 8 000 people by Covid-19 safety measures roared when Hughes knocked in his eagle."I loved it," he said.Journeyman Henley blasted in a 22-yard bunker shot for birdie at the par-3 11th and saved par from a bunker at 18 to share the lead."Tied for the lead going into the last day of a major, you never know," Henley said.World number 11 McIlroy, who hasn't won a major title since the 2014 PGA Championship, shot 67.He salvaged bogey after finding an oceanside canyon off the tee at 15, saved par from a bunker at 16 at seven feet at 17 and tapped in for a closing birdie."It's one of the best rounds of golf I've played in a while," McIlroy said."I'm just excited for the opportunity to have a chance and be in one of the final groups," McIlroy said.DeChambeau shot 68 in the first bogey-free major round of his career, sinking seven-foot birdie putts at the first and sixth and an eight-footer at the par-5 13th.

I gave myself a great chance tomorrow.".