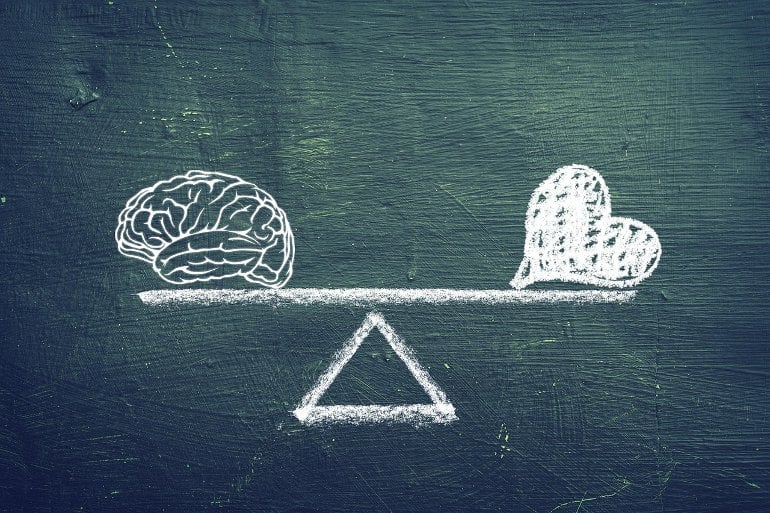 Summary: Oxytocin, a hormone connected with bonding and love, could help to heal damage following a heart attack.

Researchers found oxytocin stimulates stem cells from the heart’s outer layer and migrates into the middle layer where it develops into muscle cells that generate heart contractions.

This could be used to promote the regeneration of heart cells following a heart attack.

Now, researchers from Michigan State University show that in zebrafish and human cell cultures, oxytocin has yet another, unsuspected, function: it stimulates stem cells derived from the heart’s outer layer (epicardium) to migrate into its middle layer (myocardium) and there develop into cardiomyocytes, muscle cells that generate heart contractions.

This discovery could one day be used to promote the regeneration of the human heart after a heart attack.

“Here we show that oxytocin, a neuropeptide also known as the love hormone, is capable of activating heart repair mechanisms in injured hearts in zebrafish and human cell cultures, opening the door to potential new therapies for heart regeneration in humans,” said Dr Aitor Aguirre, an assistant professor at the Department of Biomedical Engineering of Michigan State University, and the study’s senior author.They further showed that this oxytocin then travels to the zebrafish epicardium and binds to the oxytocin receptor, triggering a molecular cascade that stimulates local cells to expand and develop into EpiPCs.These new EpiPCs then migrate to the zebrafish myocardium to develop into cardiomyocytes, blood vessels, and other important heart cells, to replace those which had been lost.

Oxytocin – but none of 14 other neurohormones tested here – stimulates cultures of human Induced Pluripotent Stem Cells (hIPSCs) to become EpiPCs, at up to twice the basal rate: a much stronger effect than other molecules previously shown to stimulate EpiPC production in mice.

Conversely, genetic knock-down of the oxytocin receptor prevented the the regenerative activation of human EpiPCs in culture.

Oxytocin promotes epicardial cell activation and heart regeneration after cardiac injuryUpon cardiac injury, mature epicardial cells activate and undergo an epithelial-mesenchymal transition (EMT) to form epicardium-derived progenitor cells (EpiPCs), multipotent progenitors that can differentiate into several important cardiac lineages, including cardiomyocytes and vascular cellsHere, we show that oxytocin (OXT), a hypothalamic neuroendocrine peptide, induces epicardial cell proliferation, EMT, and transcriptional activity in a model of human induced pluripotent stem cell (hiPSC)-derived epicardial cellsIn addition, we demonstrate that OXT is produced after cardiac cryoinjury in zebrafish, and that it elicits significant epicardial activation promoting heart regeneration Our research reveals for the first time an evolutionary conserved brain-controlled mechanism inducing cellular reprogramming and regeneration of the injured mammalian and zebrafish heart, a finding that could contribute to translational advances for the treatment of cardiac injuries