Lucky, Alice Sebold's memoir about her rape, is even more brutal to read now that Anthony Broadwater has been exonerated. - Slate 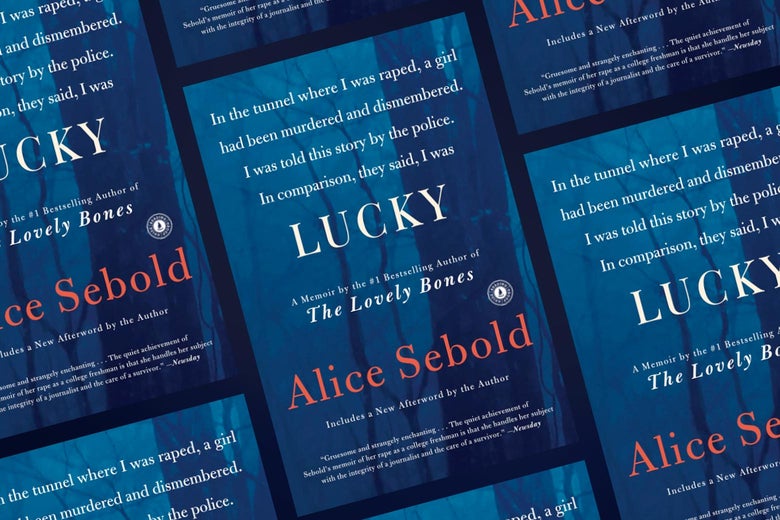 Dec 04, 2021 4 mins, 0 secs
Before going to the police, Sebold, then 18, went to the instructor of the class she was supposed to attend that afternoon at Syracuse University to explain why she would be absent.

To revisit Lucky today, in light of Broadwater’s exoneration and revelations of prosecutorial misconduct in his trial, is to see the outlines of another story underneath the story that Sebold so desperately wanted to tell and to believe.

(I’m including graphic detail here because it feels important to convey how traumatizing this attack was for Sebold and how unsparingly she tells the story of what happened to her, but some may find this hard to read.) Sebold was seized from behind by a man who told her that he had a knife and would kill her.

At this point, Sebold writes, she believed she could not escape and that he would probably kill her.

Sebold writes of feeling that after the rape, when everyone seemed to know about it, “magically I became story, not person, and story implies a kind of ownership by the storyteller.” The rapist still owned her.

When Sebold passed Broadwater, she recalls that she heard him speak words similar to those that her rapist had said to her after the assault: “Hey girl, nice knowing you.” She thought he was talking to her, but Broadwater has always maintained that he was addressing a friend standing behind her, a police officer.

To Sebold, Broadwater’s joviality meant he was gloating that he had “gotten away with it.

He was walking the streets, scot-free.” But as Sebold describes the aftermath of the attack, her rapist was not reveling in his power.

It seems that Sebold genuinely believed Broadwater was the man who raped her, but the various authorities who took over the case when she went to the police with this accusation should certainly have been more skeptical.

Lucky itself indicates that Sebold could not produce a consistent description of her attacker, and Broadwater did not look much like a composite she enlisted a friend to draw for her.

At the time, prosecutors assured her that this was a fluke, and at Broadwater’s trial, she identified him as the man who had raped her.

As Sebold recounts in Lucky, Assistant District Attorney Gail Uebelhoer told her she had failed to identify Broadwater because he had been allowed to bring a friend into the lineup and that this friend had stared menacingly through the one-way glass in order to trick her into picking him.

Sebold, who was indeed terrified during the lineup, believed this story.

She also believed prosecutors who told her, falsely, that Broadwater had a criminal record and that they were convinced they had the right guy.

Broadwater was the only Black man in the room when Sebold pointed to him, and he describes feeling a version of the helplessness that Sebold herself experienced in that tunnel.

When her mother and father realized that one of them would need to accompany Sebold to the trial, they bickered over who would do it: her mother, who could barely leave the house, or her father, who worried the trial would interfere with his annual research trip to Spain.

As I understand Lucky given Broadwater’s exoneration, Sebold needed to believe that her rapist had been caught because her fear and her untreated trauma made the alternative, the life of a helpless victim, unendurable.

Sebold committed a terrible wrong in identifying Broadwater as her attacker, but it’s not the responsibility of a traumatized rape victim to fairly investigate and prosecute the person who assaulted her.

That is the duty of the police and prosecutors, who failed both Sebold and Broadwater at every stage, from the moment she first reported the crime to the moment he was convicted.

A producer working on a (since-shelved) movie version of Lucky noticed what he calls “discrepancies” in the book, most of which come down to the lies the prosecutors and cops told Sebold to convince her that Broadwater was a bad guy and that the forensic evidence against him was conclusive?

In an afterword added to the book in 2017, Sebold describes Broadwater as coming from “a family with an entrenched criminal record,” which suggests she’d looked into the facts and realized that the prosecutor’s stories about his own past offenses weren’t true.

It seems likely, though, that Sebold simply believed what she was highly motivated to believe: that she had seen justice done, that she made herself safe from the man who had brutalized her, and that she had thereby retaken control of her fate.

I accept her apology.” Earlier in the week, he told the same news site that if he met Sebold, “I would sympathize with her and tell her how I felt,” he said.