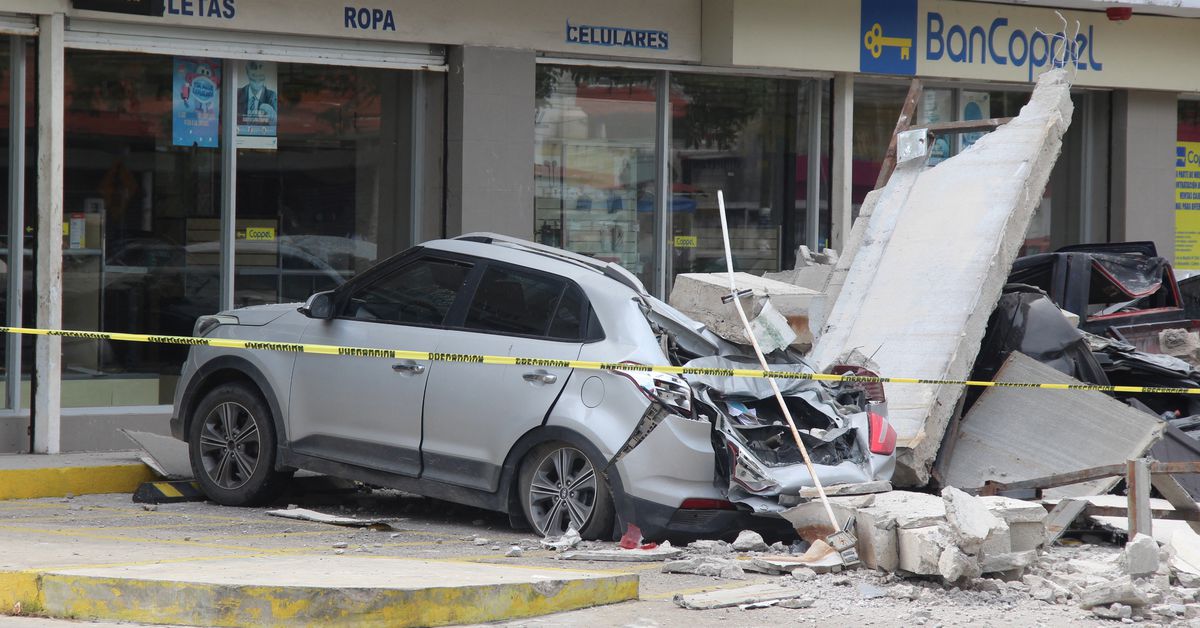 MEXICO CITY, Sept 19 (Reuters) - A powerful earthquake struck western Mexico on Monday on the anniversary of two devastating temblors, killing at least one person, damaging buildings, knocking out power and sending residents of Mexico City scrambling outside for safety.One person was killed in the Pacific port of Manzanillo when a department store roof collapsed on them, the government said.

Authorities also reported damage to several hospitals in the western state of Michoacan near the epicenter, which was in a sparsely populated part of Mexico.

(1800 GMT) near the western coast and close to the Michoacan border with the state of Colima - where Manzanillo is located, the U.S.

Mexico City Mayor Claudia Sheinbaum said there were no immediate reports of major damage in the capital after the tremors, which rumbled through Mexico on the same day as destructive quakes battered the country in 1985 and 2017."It seems like a curse," Isa Montes, a 34-year-old graphic designer in the city's central Roma neighborhood, said of the quake's timing as helicopters flew overhead, surveying the city.The National Autonomous University of Mexico (UNAM), one of the country's most prestigious seats of higher learning, said there was no scientific explanation for three major quakes on the same day and attributed it to pure coincidence.Before first announcing the death in Manzanillo, President Andres Manuel Lopez Obrador had said there was material damage near the epicenter.In Coalcoman, Michoacan, not far from the epicenter, pictures showed shingles knocked off homes and building walls cracked by the force of the quake.Power was knocked out in parts of Roma in Mexico City, some 400 km (250 miles) from the epicenter.

2 Joe Biden: Mass Immigration Is Making America 'So Much Better'

3 As Trevor Noah Heads For The Stage Door, ‘The Daily Show’ Team Shocked At Timing Of Exit - Deadline

4 The Love Horoscope For Each Zodiac Sign On Wednesday, September 28, 2022 - YourTango

15 Everything coming from Apple in October 2022 - Macworld