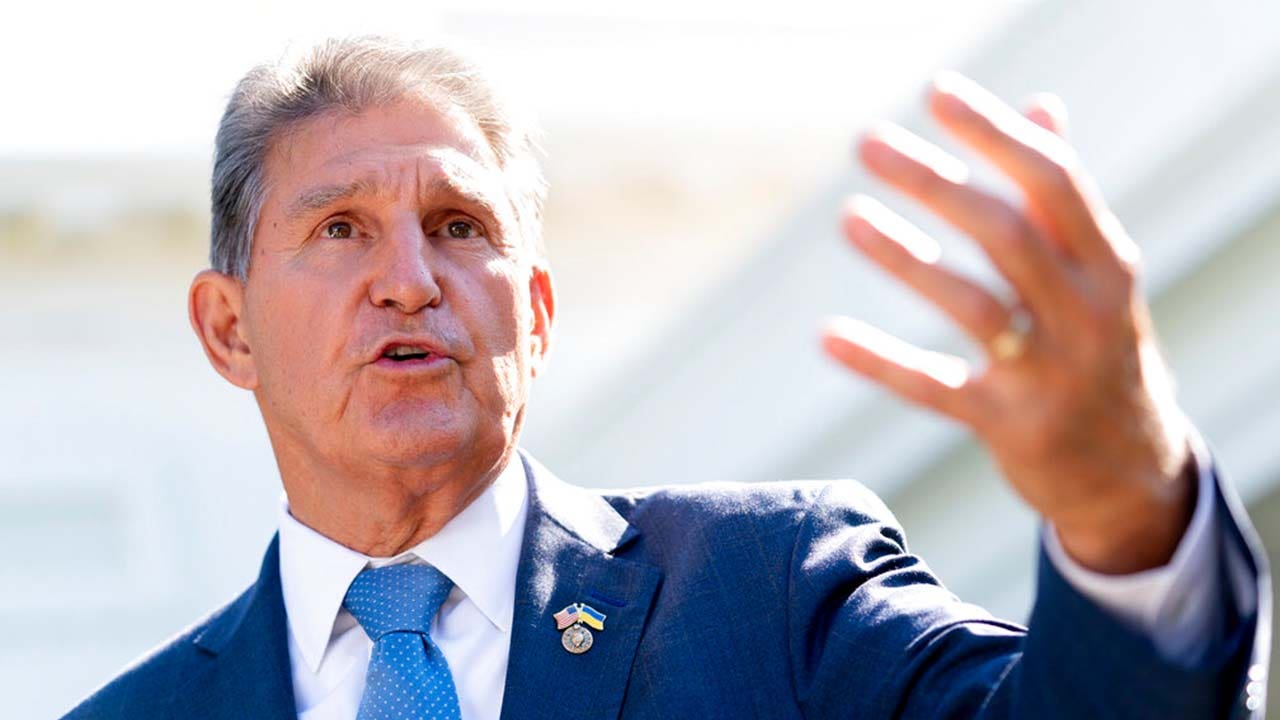 Grover Norquist and Steve Moore call out the Inflation Reduction Act on "Kudlow.".

Joe Manchin, D-W.Va., on Tuesday admitted that the Inflation Reduction Act won’t "immediately" temper inflation, telling reporters that the necessary investments needed to bring down prices would take some time.

Manchin’s comments came after President Biden signed the landmark climate change and health care bill into law on Tuesday, delivering what he has called the "final piece" of his pared-down domestic agenda.

Though Democrats have labeled the measure the Inflation Reduction Act, nonpartisan analysts have said it will have a barely perceptible impact on prices.

Asked by Fox News reporter Hillary Vaughn whether it was misleading to call the bill the Inflation Reduction Act because it won’t make everyday goods less expensive, Manchin said, "Why would it?".

"If you think that you’re going to wait on the Federal Reserve to raise rates, discourage you from buying anything (and) that’s going to take care of our inflation, that’s not how you take care of inflation.".

President Joe Biden signs the Democrats' landmark climate change and health care bill in the State Dining Room of the White House in Washington on Aug.

It also would help an estimated 13 million Americans pay for health care insurance by extending subsidies provided during the coronavirus pandemic.

8 What is a dangerous heart rate? A look at normal ranges for adults. - USA TODAY