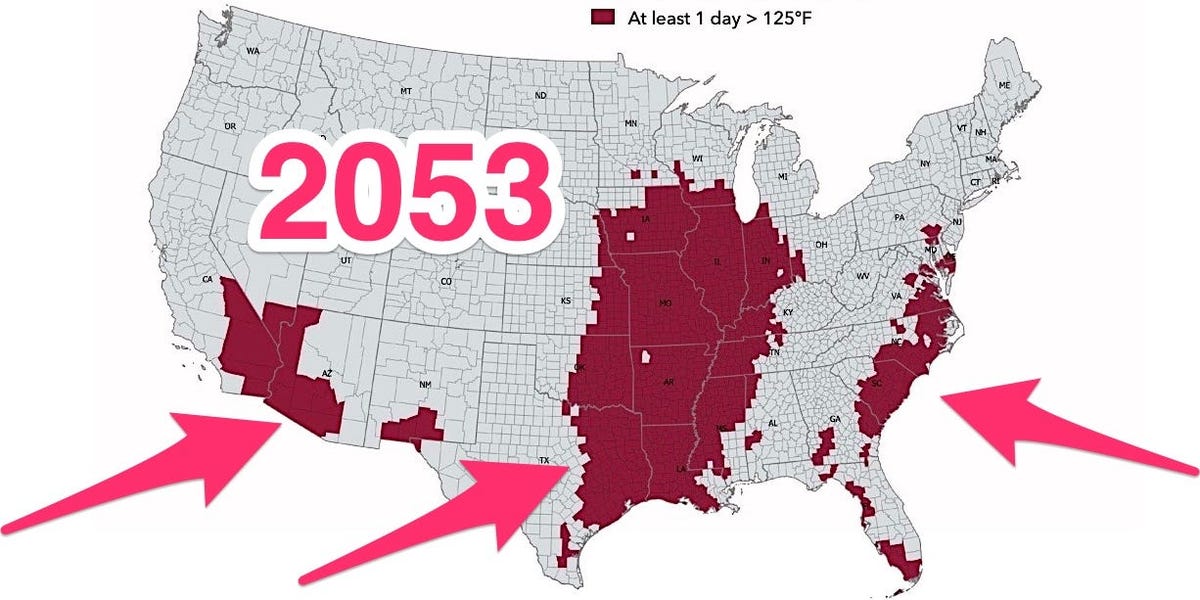 The heat waves scorching the US this summer may just be the beginning of an extreme heat belt forming across the country.The foundation published a "Hazardous Heat" report on Monday, using a peer-reviewed model to assess six years of US government satellite data and predict future risk of extreme heat by property.The majority of that extreme heat is expected in the center of the country, from the Texas and Louisiana Gulf Coast up through Chicago — an area that First Street Foundation is calling the "extreme heat belt." Significant portions of the southwest and southeast are also likely to have more than one day above 125 degrees Fahrenheit in 2053, according to the report.The extreme heat of the summer so far in 2020 lines up with many of the locations where First Street Foundation expects the most heat in years to come, Eby said.For example, as the map below shows, the report projects more heat waves across the country, with significantly increased risk in northern areas including the Pacific Northwest, and other regions that aren't historically accustomed to extreme heat.

1 Americans are running out of cash. It makes a recession more likely.

3 Steve Jobs' daughter was right. I shouldn't have bought the iPhone 14. - Business Insider

8 Real-estate agents are ripping off homebuyers

8 Biden speaks with DeSantis about Hurricane Ian - The Hill