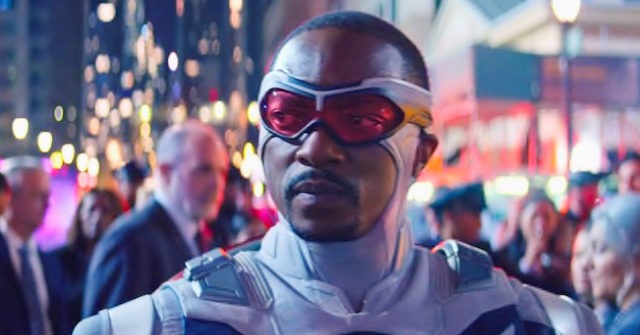 Jun 18, 2021 54 secs
Anthony Mackie, the star of Disney’s The Falcon and the Winter Soldier, says taking on the role of Captain America was humbling but difficult because America prevents black men from succeeding.Anthony Mackie of Marvel Studios’ ‘The Falcon and The Winter Soldier’ at the San Diego Comic-Con International 2019 Marvel Studios Panel in Hall H on July 20, 2019 in San Diego, California.

Mackie feels it is a societal problem for all black men in America.