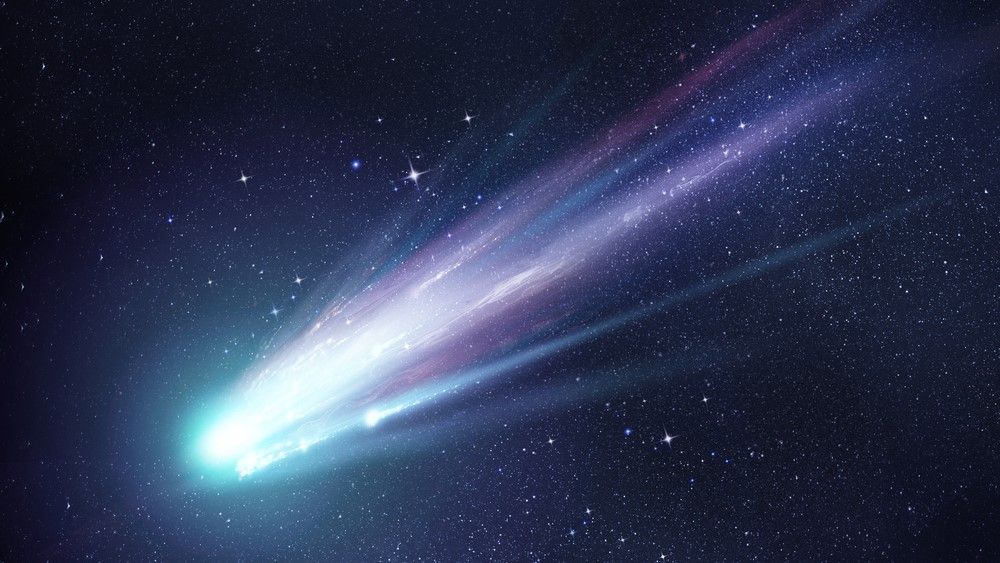 Astronomers observed a major eruption from a volcanic comet flying through the solar system, likely spewing more than 1 million tons of debris into space.A bizarre, volcanic comet has violently erupted, spewing out more than 1 million tons of gas, ice and the "potential building blocks of life" into the solar system. .The volatile comet, known as 29P/Schwassmann-Wachmann (29P), is around 37 miles (60 kilometers) wide and takes around 14.9 years to orbit the sun.

29P is believed to be the most volcanically active comet in the solar system.

It is one of around 100 comets, known as "centaurs," that have been pushed from the Kuiper Belt — a ring of icy comets that lurk beyond Neptune — into a closer orbit around the sun between those of Jupiter and Neptune, according to NASA (opens in new tab).

Subsequent observations made by other astronomers revealed that this spike in luminosity was the result of a massive volcanic eruption — the second largest seen on 29P in the last 12 years, according to the British Astronomical Association (opens in new tab) (BAA).

This unusual type of volcanic activity is known as cryovolcanism, or "cold volcanism." .

Cryovolcanic bodies, which include a handful of other comets and moons in the solar system such as Saturn's Enceladus, Jupiter's Europa and Neptune's Triton, have a surface crust surrounding a mainly solid icy core, Richard Miles (opens in new tab), a BAA astronomer who has studied 29P, told Live Science.The ejecta from the most recent eruption of 29P stretched up to 34,800 miles (56,000 km) away from the comet and is traveling at speeds of up to 805 mph (1,295 km/h), according to BAA?

Miles and Stoddard-Jones believe that the comet's slower rotation causes solar radiation to absorb more unevenly on the comet, triggering the eruptions.

A number of large eruptions were detected between 2008 and 2010, and now two massive explosions have occurred within the last two years, Miles said.

8 Blue stragglers are the weird grandparents of the galaxy - Space.com

4 New map of the universe's matter reveals a possible hole in our understanding of the cosmos - Livescience.com

5 Does coffee really give you an 'energy boost'? - Livescience.com

6 Why are heart attacks more common in winter? A cardiologist explains - Livescience.com

3 Time Is Not What It Used to Be: Children and Adults Shown to Experience Time Differently - Neuroscience News