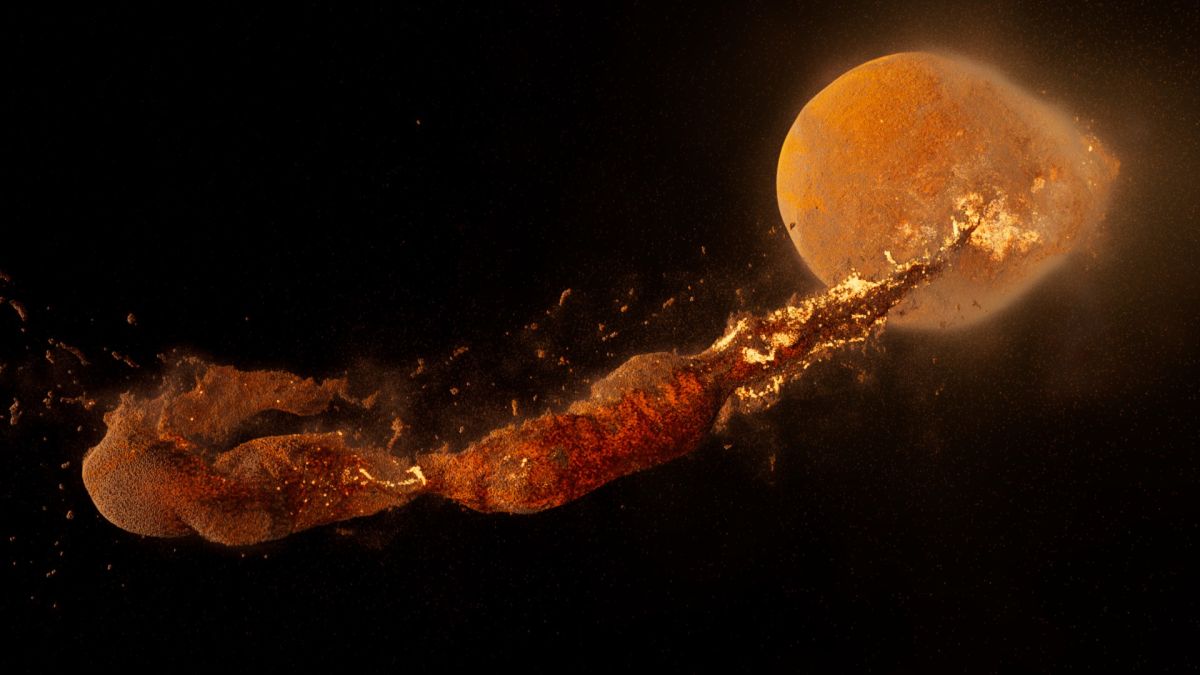 A giant impact may have rapidly placed the moon into orbit around Earth rather than creating a disk of debris from which the moon gradually formed over time, new research suggests.

This new, aptly named 'immediate-satellite scenario' would mean the proto-moon was less molten during its formation and suggest much of the moon formed immediately after a giant impact on Earth.

This more rapid formation theory would also suggest a different internal composition for the moon that could offer an explanation for some of the curious Earth-like characteristics seen in lunar samples.The moon is thought to have formed around 4.5 billion years ago when Earth was hit by an object from space roughly the size of Mars that scientists have called 'Theia.' It was previously theorized that this impact threw up a field of debris from which the moon gradually formed.

A consequence of this would have been that the moon was mainly created by the material provided by Theia as opposed to material from Earth. This idea was challenged when it was discovered that lunar rocks seem to have a composition that is very similar to the mantle of Earth.

The high-resolution results obtained with the impressive computing power of the DiRAC Memory Intensive service called COSMA (opens in new tab) located at Durham University in England showed an outer layer of the moon rich in material originating from the Earth."This formation route could help explain the similarity in isotopic composition between the lunar rocks returned by the Apollo astronauts and Earth's mantle," research co-author and University of Durham physicist Vincent Eke said in a statement (opens in new tab).

It also showed that a large natural satellite like the still-forming moon could survive in close orbit around Earth.

It was previously thought that a rapidly-forming large body close to Earth would be ripped apart by tidal forces emerging from our planet's gravitational influence, thus favoring a slow creation process for the moon!

6 Interactive map of the universe journeys through space-time - Space.com

8 Here's how NASA and Europe will bring Mars samples back to Earth (video) - Space.com

13 The hunt is on in neighboring galaxy for 2nd closest monster black hole to Earth - Space.com

2 Android TV 13 launches today, but not for any of your devices - 9to5Google

9 ‘None of China’s business’: After India’s comeback, US diplomat skewers Beijing

11 RICHARD KAY: Lady Susan Hussey will be mortified at causing offence with her remarks - Daily Mail

15 Trouble Sleeping? You Could Be at Risk of Type 2 Diabetes - Neuroscience News