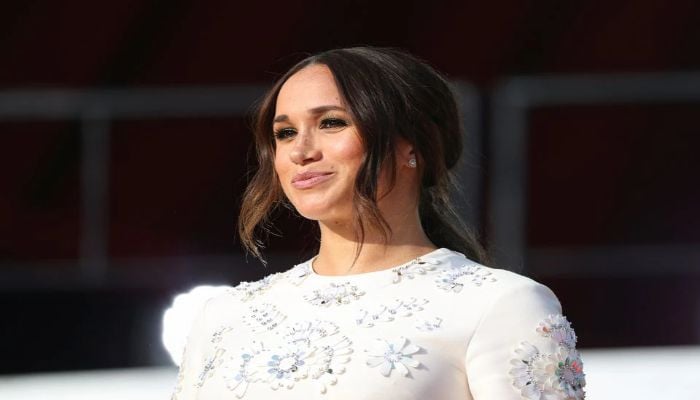 Social media users are claiming Duchess of Sussex Meghan Markle copied a look from the late Princess Diana after Queen Elizabeth II's death.The post includes a photo montage of Markle and Diana wearing black coats and hats.Jessica Storoschuk, historian and author of a blog on the British royal family, told AFP that Diana and Markle are both seen wearing a poppy "to honor veterans and those who did not return" from World War I.For the funeral of Queen Elizabeth II, which took place September 19, women in the royal family wore "what was expected" of them, Storoschuk said: a black dress or coat to the knee or longer, with a black hat and black tights."Members of the royal family, and women in particular, face intense media scrutiny and therefore take great care with their clothing and jewelry choices," she said.

"As the only person of African descent to marry into the royal family, Meghan has faced an unprecedented level of negative criticism about her fashion choices -- regardless of how carefully she selects her outfits."..

9 Tim Cook in new interview: ‘I’m really not sure the average person can tell you what the metaverse is’ - 9to5Mac

13 The Best Horror, Sci-Fi, and Fantasy Streaming in October 2022 - Gizmodo