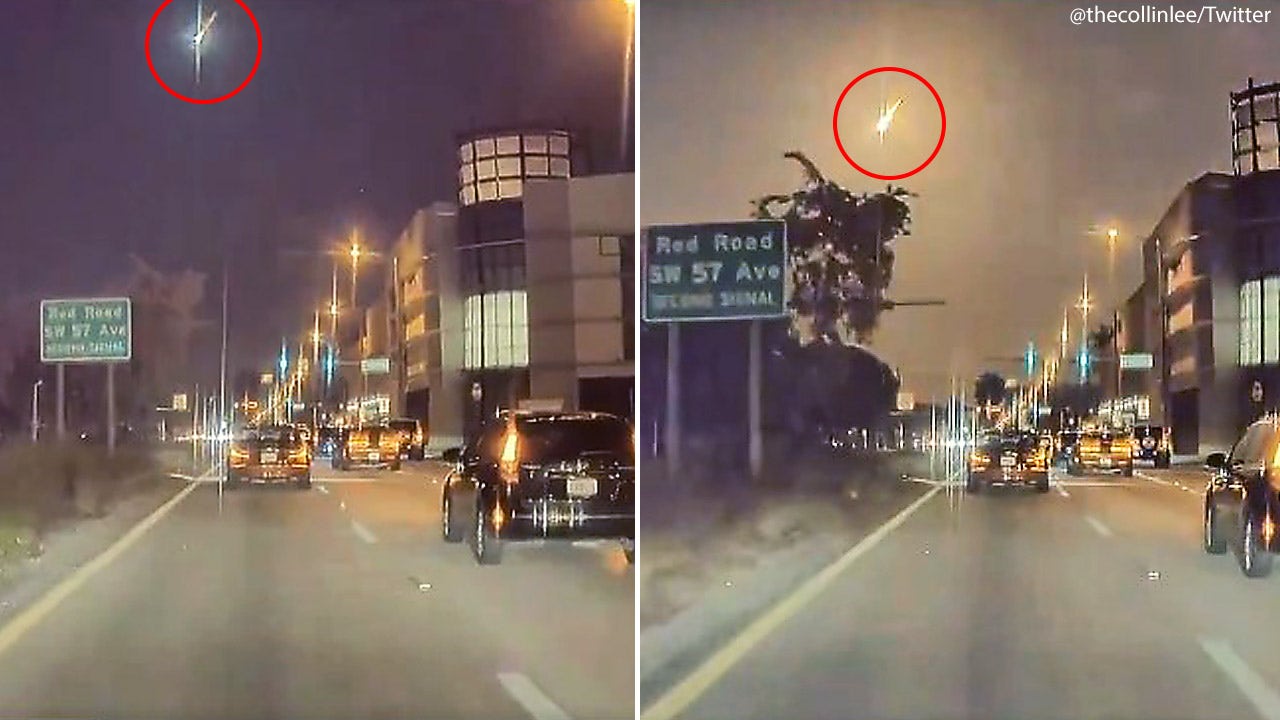 Apr 13, 2021 37 secs
Southern Florida residents were stunned to see a meteor blazing through the darkness Monday night, with some sharing footage of the spectacle on social media.Dashcam and security video revealed the quick, bright flash of light as the meteor streaked through the Earth's atmosphere.

"Our #GOES-16 Geostationary Lightning Mapper (GLM) appears to have captured the bright meteor as it burned up off the coast.".

Local reporter Jay O'Brien was streaming on Facebook Live when he captured the meteor in West Palm Beach.

"Big flash and streak across sky in West Palm Beach.