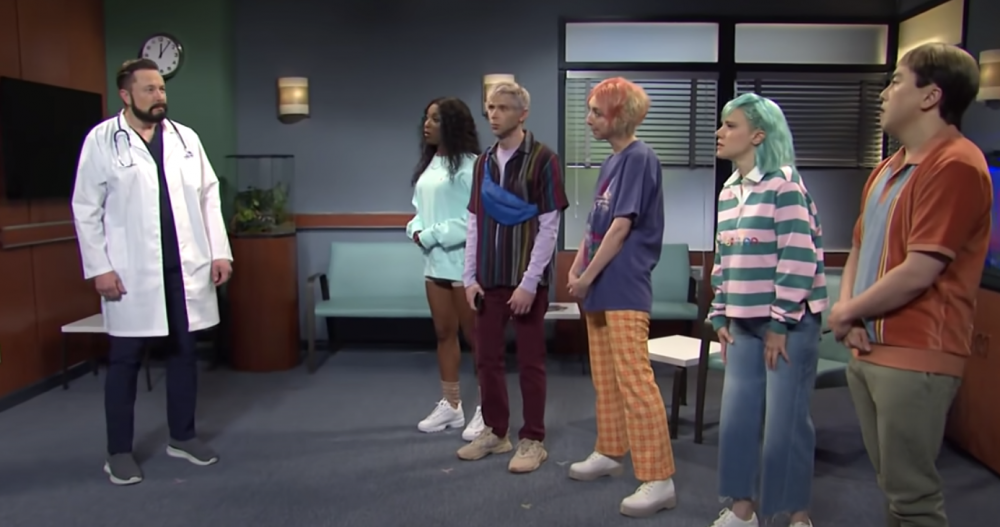 May 11, 2021 37 secs
The latest episode, which saw Tesla CEO Elon Musk make his hosting debut, featured a segment titled “Gen Z Hospital” that played on the phrases and lingo, derived from AAVE (African-American Vernacular English) sayings, that have gained popularity on social media platforms including Twitter and TikTok.SNL used the sketch to make fun of popular Internet phrases, but attributed the popular sayings like “bruh,” “stan,” “no cap” and “sis” to Gen Z and social media users, as opposed to the African American community and AAVE.

After the sketch aired on Saturday, many Twitter users called out SNL for poking fun at AAVE?