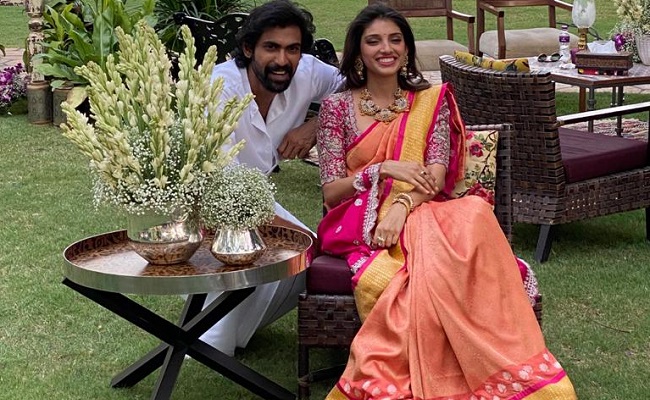 May 22, 2020 24 secs
Rana Daggubati, who got engaged to Miheeka Bajaj, has opened up his relationship with Miheeka and how and when the cupid struck between the duo.

When asked how he had met Miheeka, Rana said, "I know Miheeka from long time and i knew her because she is the classmate of  Ashritha ( Venkatesh's daughter).".

After meeting her after longtime, both Rana and Miheeka said to have felt for others.