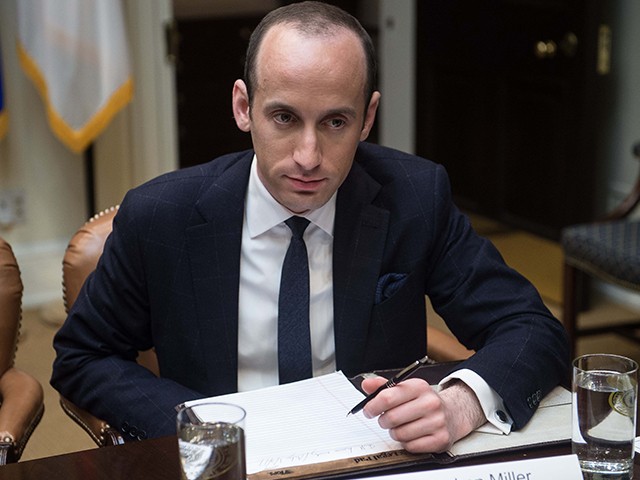 “The overwhelming and vast majority of citizens support their police and they’re horrified by the Democrat plan to destroy policing in this country,” Miller said.

“Again, make no mistake, if the Democrats gain power, the first thing they would do is they would end all immigration enforcement so the criminal aliens would be able to prey upon citizens with impunity, and they would pass legislation to tie the hands of every single police department in this country, whether it be in the cities, the suburbs, the rural areas, everywhere. Now the vast majority of Americans, and I mean the overwhelming majority of Americans, support the police and know that we need more police in our community, that police are often overworked, they’re often underpaid, that there’s not enough resources to investigate every crime to close cases and to put dangerous predators behind bars.

“This is where cancel culture goes hand in hand with the rise in violent crime you’re seeing in leftist cities, and that’s really the long-term danger for our country, that the majority of people will be intimidated into not speaking the truth,” Miller said.

Cancel culture relies upon a minority of radicals, Marxists, Communists—the like—intimidating the vast majority of citizens, be it a Democrat, a Republican, or independent who know what they’re seeing is wrong and who will line up to support Donald Trump in droves because they know that he’s standing for what is true, just, and right.

The first part of Miller’s interview focused on the actions that President Trump took to force the governor or Oregon and the mayor of Portland to lift stand down orders they issued barring state and local law enforcement from protecting federal property from violent rioters besieging Portland.

Next, Miller zoned in on the rising wave in violent crime across America in Democrat-run cities.

But the riots and the violent crime wave, Miller noted, are linked in that they represent a general lack of law and order that the Democrats foster.

“So the riots and the violent crime are two different sides of the same coin—different problems, but caused by the same thing, which is the left’s permissive attitude, and actually encouraging attitude, towards violence and the effort to completely demoralize, dismantle, and destroy our police departments,” Miller said.

“The Operation LeGend that you reference is an effort to send in additional federal law enforcement to some of the most crime besieged cities in America,” Miller said. “Now, it’s important to note that most law enforcement officers in the country as a mathematical proposition are state and local.

So, we’re sending additional law enforcement into certain key cities, including Chicago, to work with the local police departments and, you know, they’ll obviously be as effective as their mayors will let them.”.

And Miller argued that the silent majority needs to start not being so silent anymore, as the country needs Americans to stand up against the lawlessness.

Just put in that little bit of extra effort and the silent majority will not only cease to be silent, but they will become a super majority, because what the Democrats in Washington stand for right now is in effect a modern day fascism that says, ‘if you don’t think what we think, if you don’t believe what we believe, if you don’t act how we act, then you’re going to be written out of society.’ That is fundamentally contrary to everything we stand for as an open, tolerant, pluralistic society