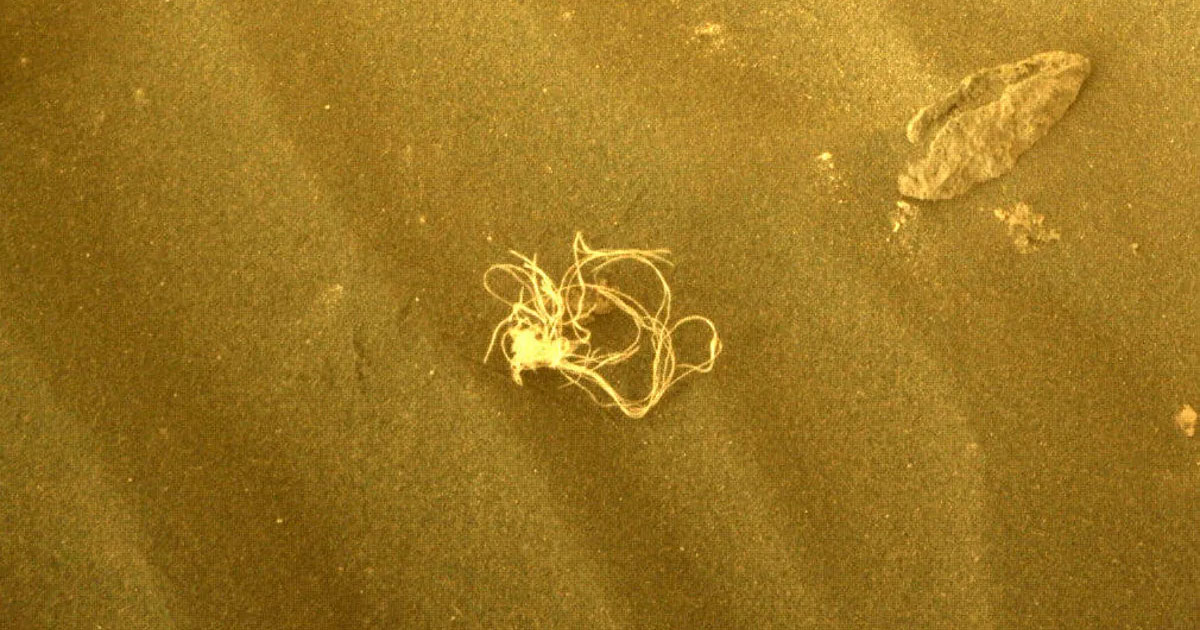 Last month, NASA’s Perseverance rover spotted an mysterious noodle-like object on Mars.Appearing to be some sort of messy bundle of string, the object was first captured by the Mars rover’s camera on July 12 before mysteriously vanishing just four days later.NASA was adamant that the stringy object was terrestrial in origin and not some Martian’s spilt ramen, speculating that it’s likely "a piece of cord from the parachute or from the landing system that lowers the [Perseverance] rover to the ground.".

6 Waking Up Covered In Sweat Every Night? The Reason Might Not Be As Obvious As You Think - Yahoo Life

16 Galaxy Z Fold 4: Samsung Is Getting a Better Idea of Who Foldable Phones Are For - CNET