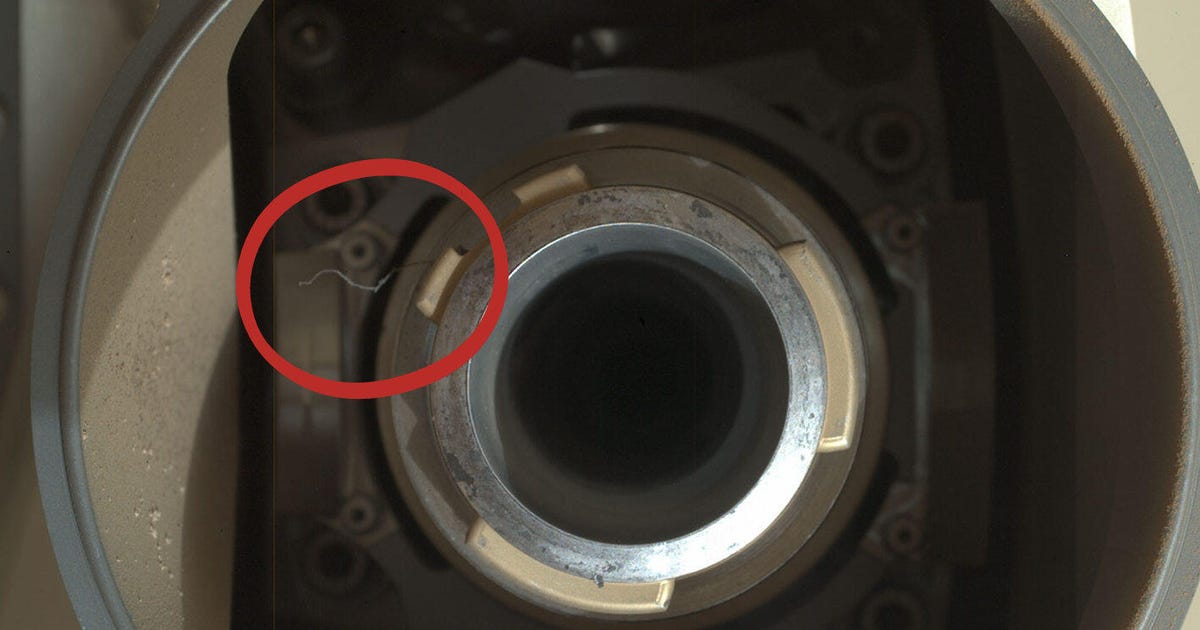 First, the good news: NASA's Perseverance rover successfully collected its 12th rock core sample, stashing away a tiny bit of the red planet in a tube for safekeeping.

Now, for the weird news: the rover team noticed some mysterious objects stuck on the sample system.

"On those images, two small pieces of debris were visible -- a small object on the coring bit (stored in the bit carousel) and a small hairline object on the drill chuck," NASA JPL Project Manager Art Thompson wrote in a rover update on Friday.

Percy's team is now working on sorting out where the debris came from and whether it might be from the rover or if it's leftover from the entry, descent and landing (EDL) system that delivered the rover to Mars in early 2021.

The team was able to clear the small rocks and keep the rover on track with its important sampling work.

3 The Try Guys Drama Explained: Who is Ned Fulmer and What Did He Do? - CNET

5 'House of the Dragon' Episode 6 Recap: The Princess and the Queen - CNET

7 Amazon's 2022 Echo and Ring Launch Event: How to Get All the Details Live - CNET

8 iOS 16: Make Your iPhone Keyboard Vibrate Whenever You Type - CNET

13 Is the iPhone 14 Worth the Upgrade? How It Compares to Apple's Older Phones - CNET

14 Skip the Protein Shakes: 8 Muscle-Building Foods to Eat Instead - CNET

14 The Love Horoscope For Each Zodiac Sign On Tuesday, September 27, 2022 - YourTango

15 Biden’s border policies have unleashed the ‘gates of hell’ on America: Miranda Devine