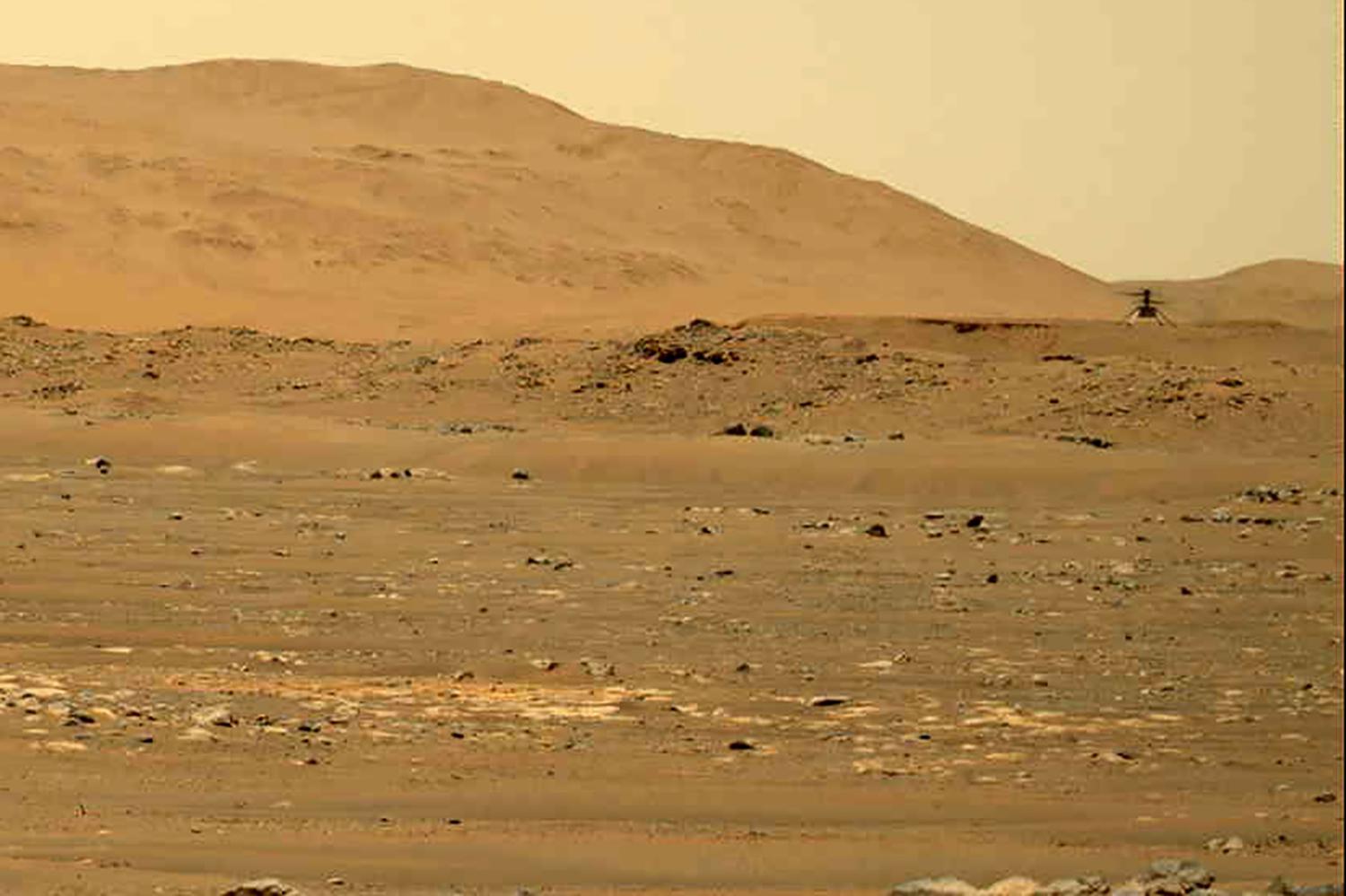 May 07, 2021 22 secs
Now NASA is sharing sounds of its little helicopter humming through the thin Martian air.The sound was recorded during the helicopter’s fourth test flight on April 30.

Its first flight was April 19; NASA named the takeoff and landing area Wright Brothers Field in honor of Wilbur and Orrville, who made the world’s first airplane flights in 1903.