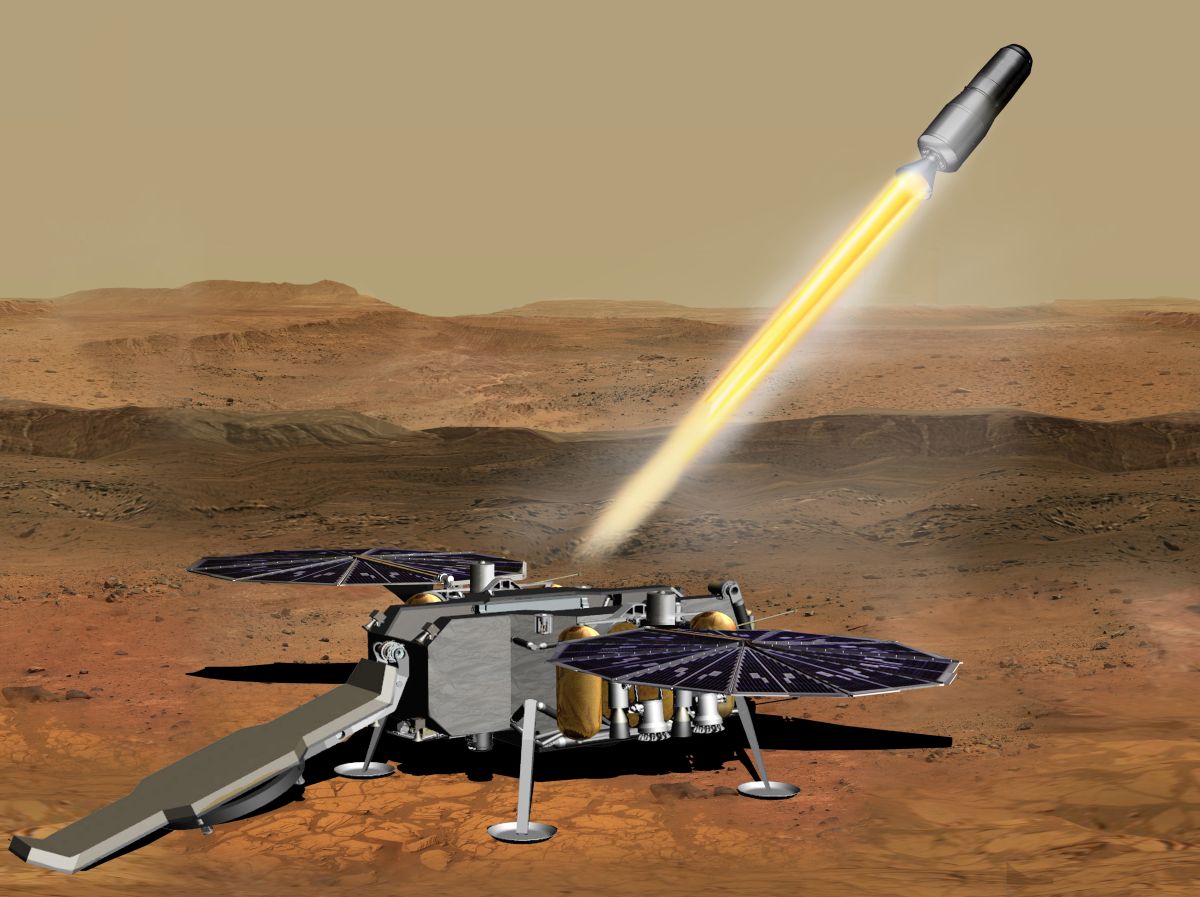 The hope is that, by bringing some of the Red Planet back to Earth, we can gain more insight into Mars' potential for life by using high-resolution lab instruments to examine Martian rocks.

Perseverance will dump its first cache of materials at the end of its primary mission in 2023, webinar participants said, and mission planners have already mapped out a potential route that will make the most of the watery environment that filled Jezero Crater with potentially life-friendly materials billions of years ago.

"Lakes and rivers and deltas on Earth are great places to preserve ancient life, and so we think this is a great place – if ancient life ever existed on Mars – to be able to find it," Jennifer Trosper, Mars 2020 deputy project manager at NASA's Jet Propulsion Laboratory in California, said of Perseverance's location.

At the delta, it will take samples of the lake bed and then move on to a nearby crater wall, Trosper said.

"We have 43 sample tubes onboard the rover, and we plan to do an initial cache at the end of our prime mission … of hopefully 15 or 20 samples," she said.

A fetch rover will pick up the samples and put them inside an orbiting sample container, which will then be placed aboard a Mars ascent vehicle to bring the precious package up to Martian orbit, Trosper noted.

After entering Earth's atmosphere, the samples — carefully quarantined to avoid any contamination of our planet or the package — will eventually make their way to NASA's Johnson Space Center in Texas, Trosper said.