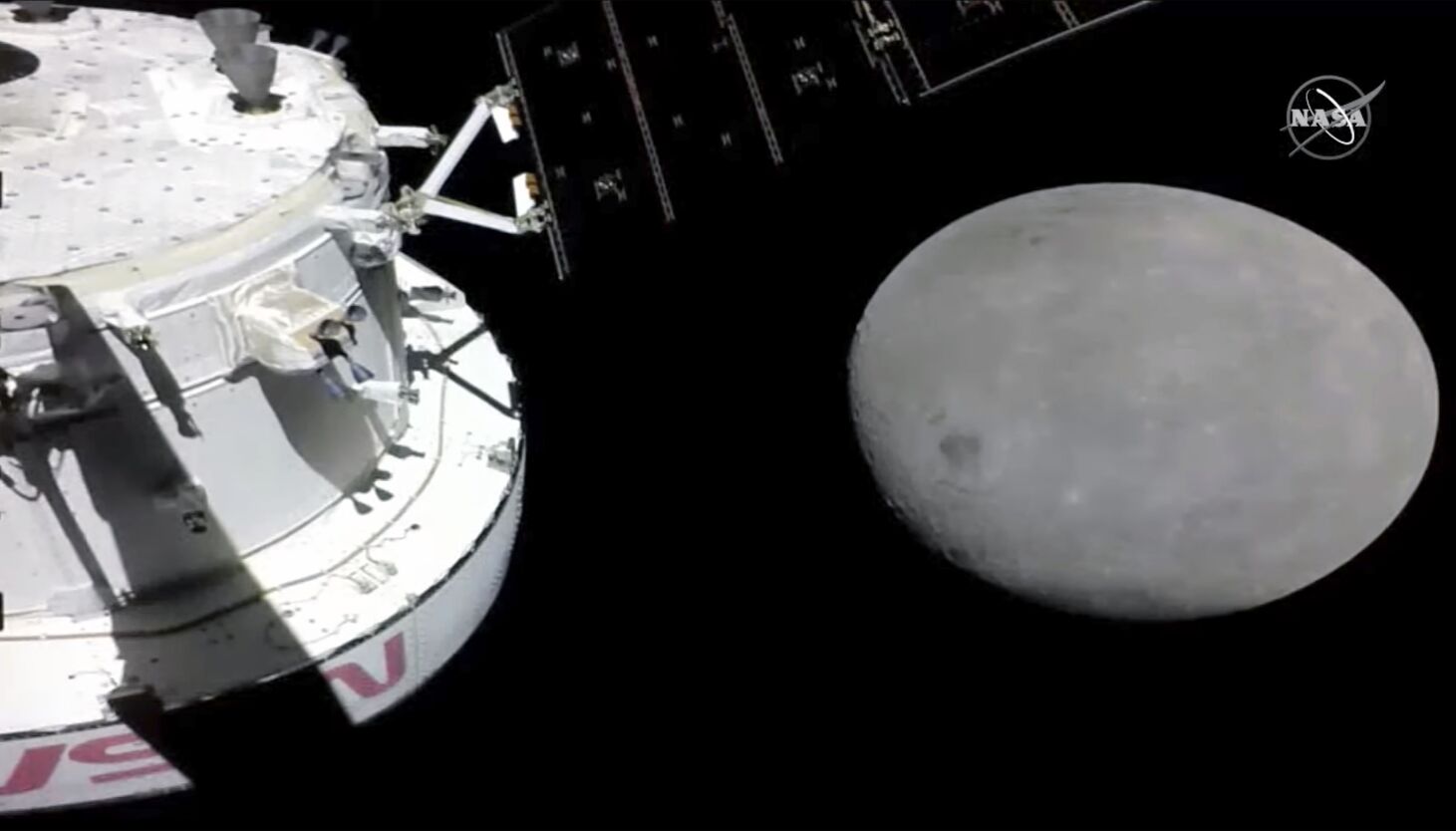 NASA’s unmanned Orion crew capsule came within 81 miles of the lunar surface on Monday, less than a week into a 25 day flight that’s the first step in a multi-phase program to put astronauts back on the moon, and beyond.The Orion spacecraft, carrying three dummies outfitted in spacesuits and monitoring gear, is the first vehicle designed for humans to visit the moon since the last Apollo astronauts left their footprints, and a pretty cool moon rover, on the surface in 1972.After its lunar close encounter, Orion headed for an orbit that will take it 40,000 miles past the moon and some 270,000 miles from Earth.That capsule, the eventual home for future space travelers, will be carried into lunar orbit where it will take a spin around the moon and then head back to earth for a fiery plunge through the atmosphere at some 25,000 mph before splashing down in the Pacific Ocean at the end of the mission.Artemis I is just the first in a three-phase program aiming to put astronauts back on the surface of the moon for the first time since the final Apollo moon visit in December 1972.Artemis II, currently anticipated for sometime in 2024, will head to space with a four-person crew in the Orion capsule that will fly the craft around the moon in further testing.“With Artemis missions, NASA will land the first woman and first person of color on the moon, using innovative technologies to explore more of the lunar surface than ever before,” NASA says in a web posting.

2 Can diet, exercise cure Type 2 diabetes? How one woman beat it - Deseret News

1 What Is Actually Happening When You Get Blackout Drunk? - IFLScience

4 Magnificent ring of stars captured by Hubble is the result of two galaxies in head-on collision - Livescience.com

8 Having asthma raises your risk of a HEART ATTACK and stroke, study suggests - Daily Mail