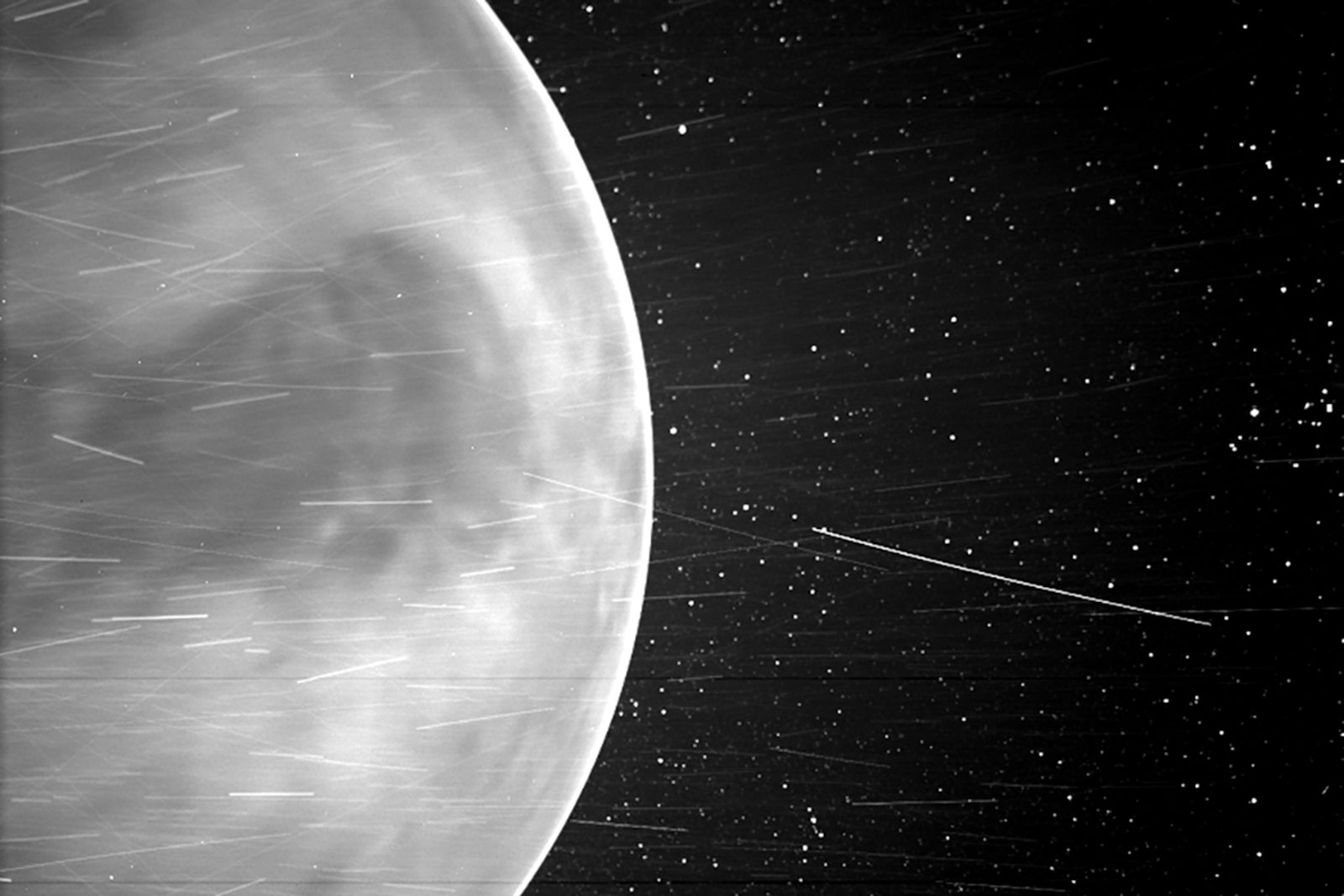 May 08, 2021 21 secs
Scientists using Earth-based telescopes suspected Venus' atmosphere was thinning as the Sun settled into a solar minimum (when there's relatively little activity), but the Parker probe's data appears to have confirmed it.

That's wildly different than Pioneer Venus Orbiter data from 1992, when the Sun was near its frenetic solar maximum.