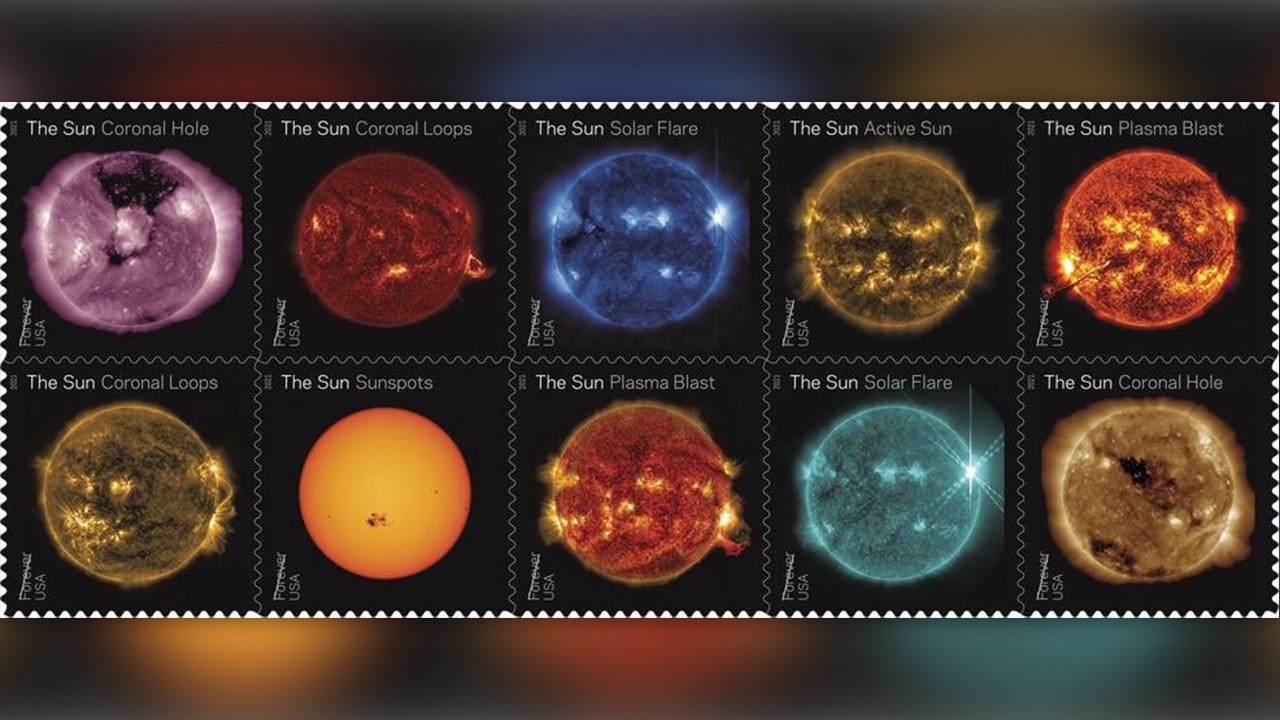 Jun 19, 2021 1 min, 18 secs
Postal Service has issued a new set of stamps celebrating 10 years of sun-watching from the National Aeronautics and Space Administration's (NASA) Solar Dynamics Observatory (SDO). .The mission was first launched in February of 2010, providing researchers with a better understanding of how solar activity is created and impacts space weather in addition to obtaining critical measurements of the star's interior, atmosphere, magnetic field and energy output.

The dark area capping the northern polar region of the Sun is a coronal hole, a magnetically open area on the Sun from which high-speed solar wind escapes into space.

Such high-speed solar wind streams can spark magnificent auroral displays on Earth when they collide with our planet’s magnetic field.

Active regions are areas of intense and complex magnetic fields on the Sun – linked to sunspots – that are prone to erupting with solar flares or explosions of material called coronal mass ejections.

For example, a coronal hole – a magnetically open area from which high-speed solar wind is released into space – caps the northern polar region on the sun

These eruptions of magnetized solar material can create space weather effects on Earth when they collide with our planet’s magnetosphere, or magnetic environment – including aurora, satellite disruptions, and, when extreme, even power outages