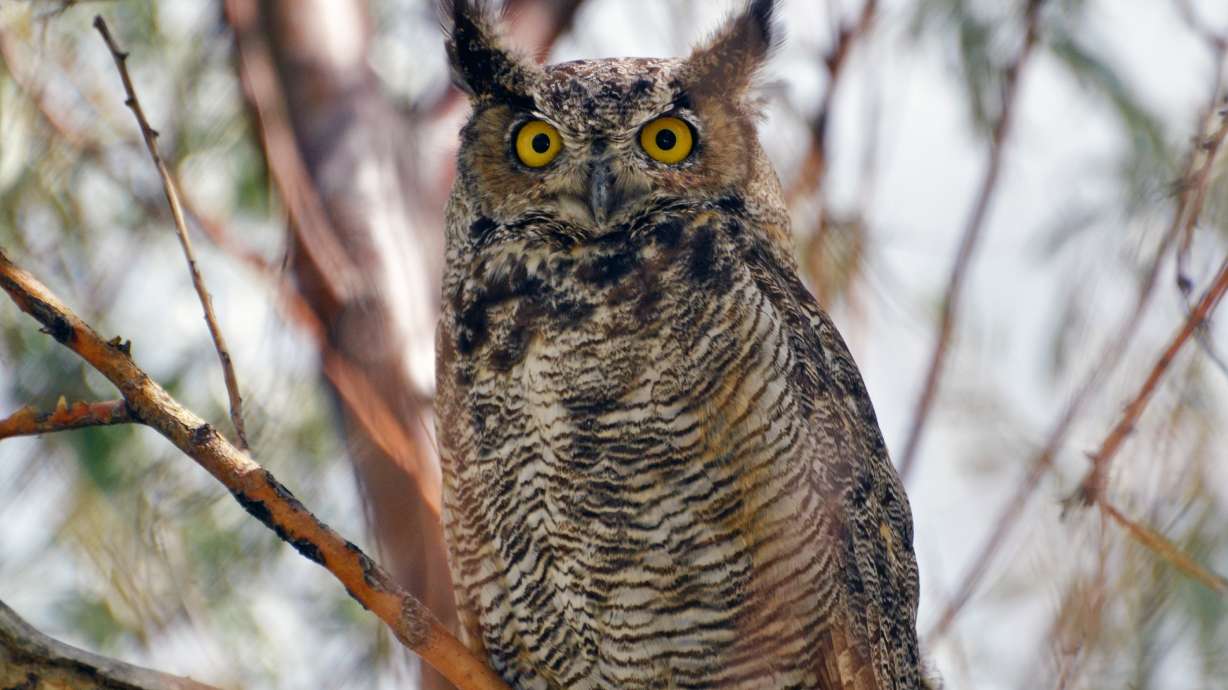 May 12, 2022 31 secs
SALT LAKE CITY — A great horned owl found dead in Cache County last month died from a growing avian influenza outbreak, marking the first confirmed case in wild Utah birds since the outbreak began in January, state wildlife officials said Wednesday.The Utah Division of Wildlife Resources is now calling on people to report possible signs of the flu in wild birds, such as five or more dead waterfowl or shorebirds, or any individual scavengers or raptors found dead in the state.

There's been a handful of other cases found in domestic birds since then, indicating that the birds were infected through contact with wild birds.