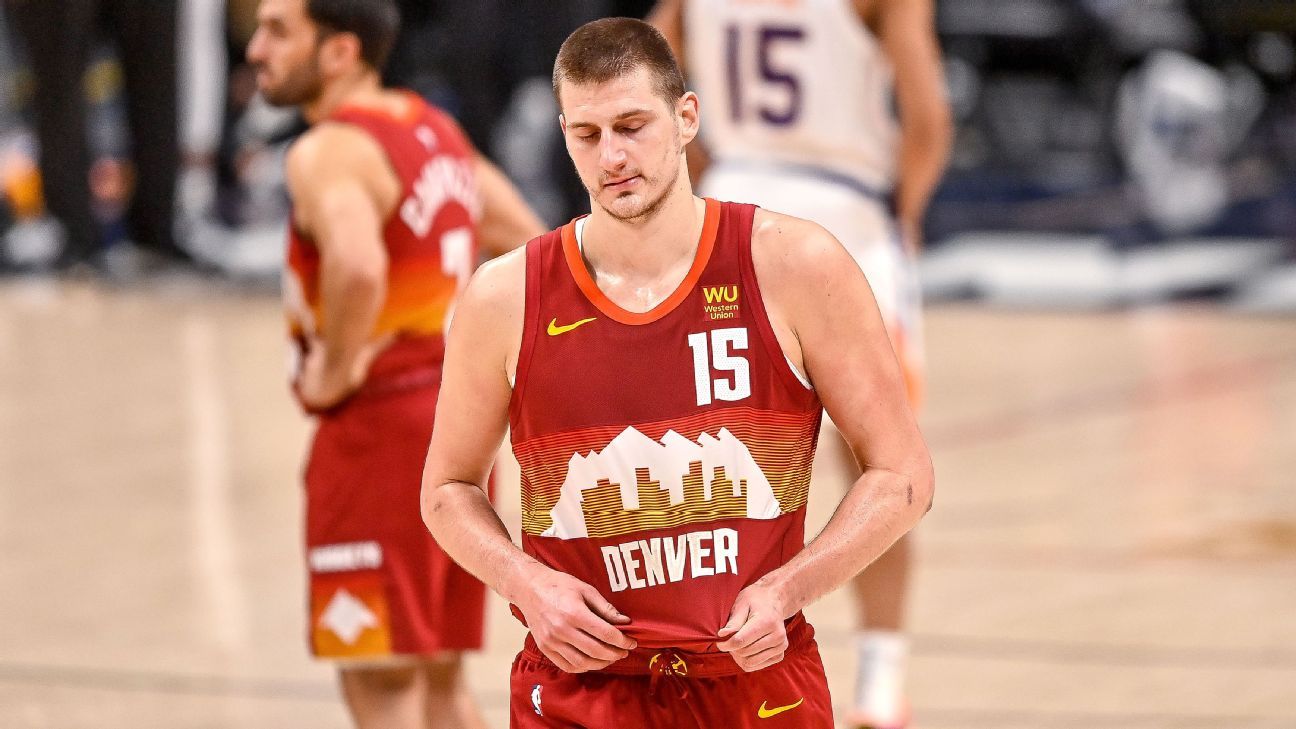 Jun 14, 2021 38 secs
Nikola Jokic is ejected from the game after he commits a hard foul on Cameron Payne and has to be separated from Devin Booker.Game 4 of the NBA playoff series between the Denver Nuggets and Phoenix Suns took a dramatic turn when Denver big man Nikola Jokic, the league's newly crowned MVP, was ejected for a flagrant foul 2 with 3:52 remaining in the third quarter and the Nuggets trailing the Suns by eight points.Jokic took a wild swing at the Suns' Cameron Payne, hitting Payne across the face as he made a hard swipe to knock the ball loose.After he was ejected, Jokic appeared to apologize to Payne.

Denver was down 3-0 in the series entering Sunday night's Game 4, and Phoenix completed the sweep with a 125-118 decision.