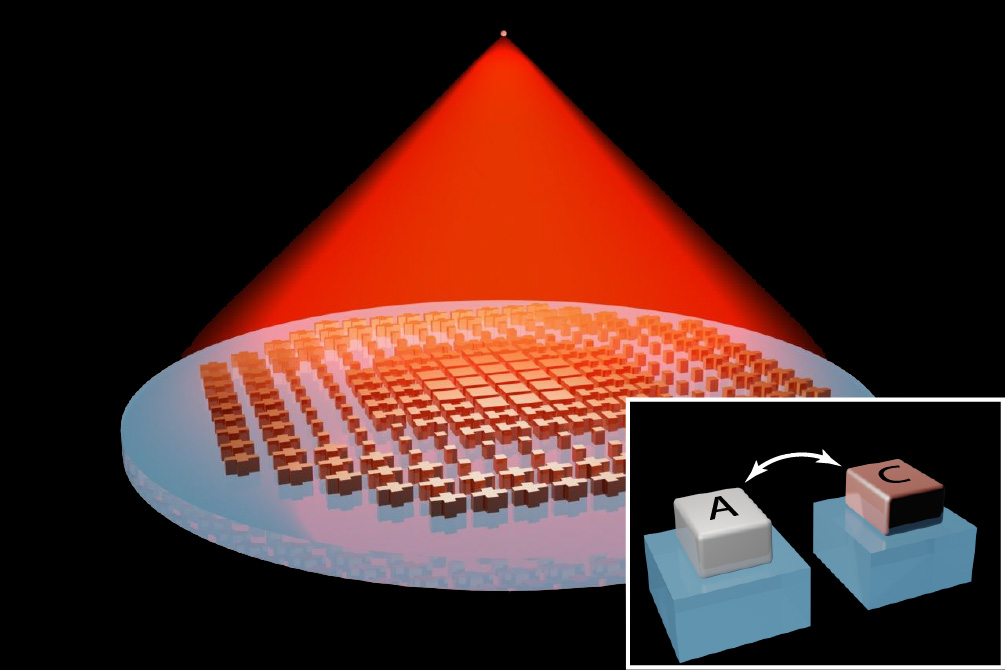 Feb 22, 2021 1 min, 34 secs
Their precise curvature enables lenses to focus light and produce sharp images, whether the object in view is a single cell, the page of a book, or a far-off galaxy.Now MIT engineers have fabricated a tunable “metalens” that can focus on objects at multiple depths, without changes to its physical position or shape.

The lens is made not of solid glass but of a transparent “phase-changing” material that, after heating, can rearrange its atomic structure and thereby change the way the material interacts with light.

In this case, when the material is at room temperature, the metasurface focuses light to generate a sharp image of an object at a certain distance away.

After the material is heated, its atomic structure changes, and in response, the metasurface redirects light to focus on a more distant object.

The new lens is made of a phase-changing material that the team fabricated by tweaking a material commonly used in rewritable CDs and DVDs.

When they heated the new material, its atomic structure shifted from an amorphous, random tangle of atoms to a more ordered, crystalline structure.

The material then could serve as an active lens, without the need for mechanical parts to shift its focus.

The lenses can then produce a sharp image of any objects at that particular distance.

To image objects at a different depth, the lens must physically be moved.

“By knowing how the material will behave, we can design a specific pattern which will focus at one point in the amorphous state, and change to another point in the crystalline phase.”.

The lens, in its initial, amorphous state, produced a sharp image of the first pattern

After the transition, and with the heating source removed, the lens produced an equally sharp image, this time of the second, farther set of bars