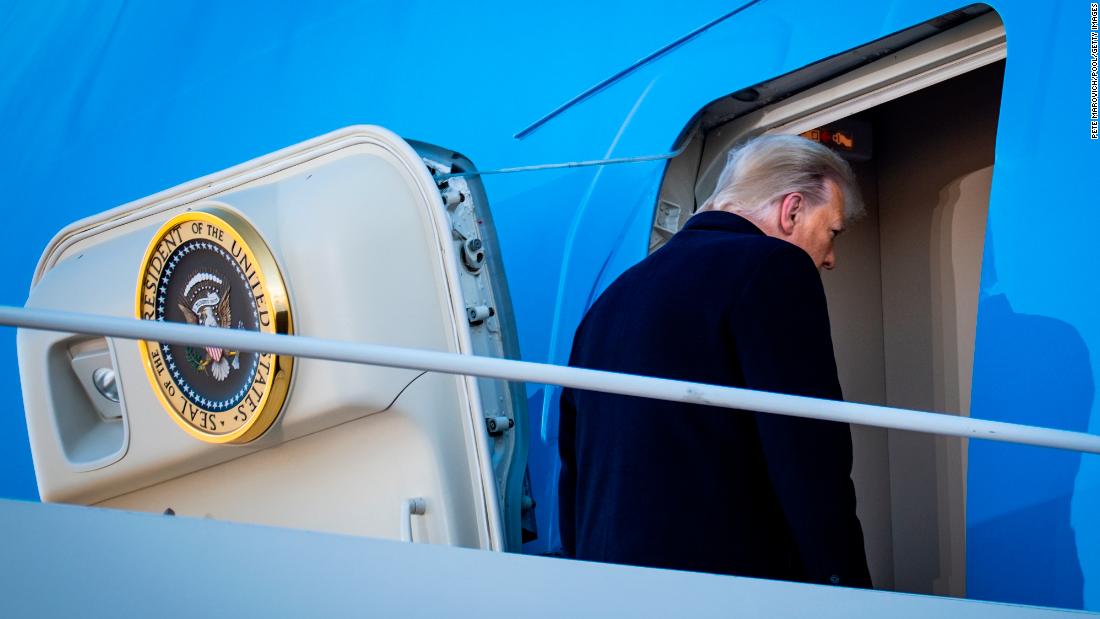 Jan 23, 2021 57 secs
Clark would then move to keep Congress from certifying the election results in then-President-elect Joe Biden's favor, according to the paper.Rosen demanded to hear the news straight from Trump, according to the paper, and arranged a meeting on the evening of January 3 -- the same day that Trump's call with Georgia Secretary of State Brad Raffensperger, in which Trump pressured the state official to find enough votes for him to win Georgia, came to light.During the meeting, Rosen, another top Justice Department official and Clark gathered with Trump, White House counsel Pat Cipollone and other lawyers.

One of his advisers told the paper that the former President had pushed for investigating "rampant election fraud that has plagued our system for years" and "any assertion to the contrary is false and being driven by those who wish to keep the system broken."