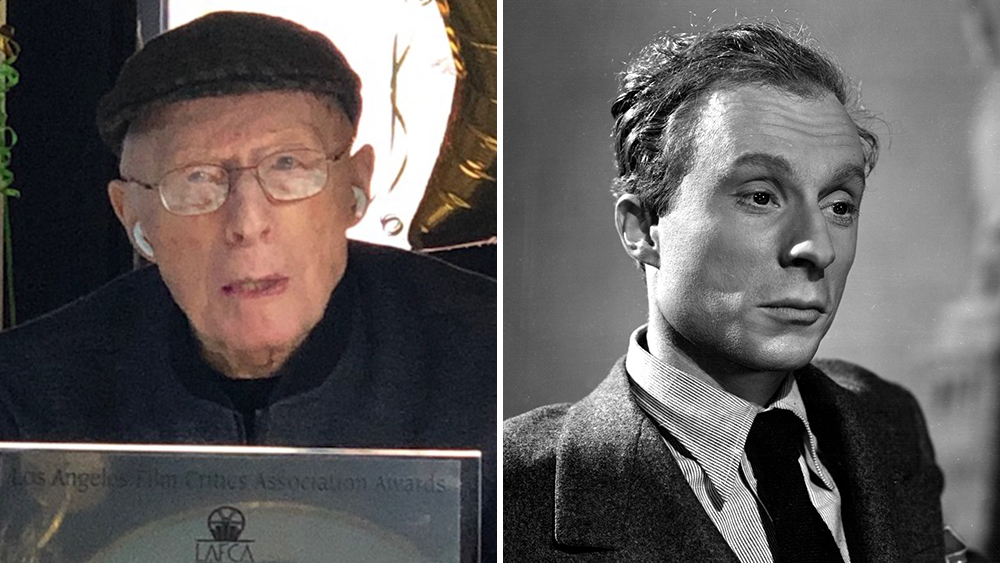 When the filmmaker ran into his proverbial budget problems, Lloyd quit the project and returned to New York, later making his screen debut as the villainous spy who fell from the top of the Statue of Liberty in Alfred Hitchcock’s Saboteur (1942).

On television, he directed most of Hitchcock’s suspense pieces — winning a Special Mention for Alfred Hitchcock Presents from the Venice Film Festival in 1985 — and starred on the NBC medical drama St.

He also was executive producer of PBS’ Hollywood Television Theatre (1970-78).

Of his final screen role, Lloyd later complained, “I appreciated Apatow’s choice of me for his film but was upset he didn’t put me in any of the hot scenes.”.

“With Norman at last taking his final curtain call,” McCarthy wrote, “there truly is no significant actor left who was part of the politically engaged New York theatre of the 1930s, worked with major Hollywood filmmakers whose careers stretched from the silent cinema into the 1960s, was a pioneer in television and always kept his hand in with his first love, the stage.”

He made his way to Broadway in 1927 with a replacement role in Crime. He later played Cinna in Mercury Theater’s 1937 production of Shakespeare’s Julius Caesar and would continue his association with the Main Stem and the Bard in with a role in King Lear (1950) and later Measure for Measure, and directing a production of The Taming of the Shrew, both in 1957