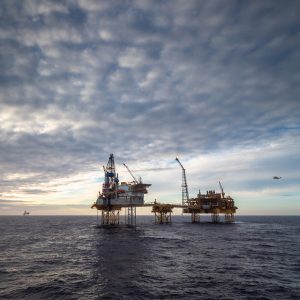 Jul 21, 2021 1 min, 40 secs
Norway has started work on Project Longship, a €1.7 billion project that could bury vast amounts of captured carbon under the North Sea in an effort to slow climate change.Named Project Longship, the initiative will involve injecting carbon dioxide captured from factory emissions in depleted oil and gas fields.The carbon capture and storage (CCS) project could eventually see a total of up to 1.25 billion tonnes of CO2 sequestered in former fossil reserves deep beneath the sea.

"The Ministry of Petroleum and Energy has approved a plan for development, construction and operation for the storage part of the Longship project.".

The project is part of Norway's commitment to meet the goals of the 2015 Paris Agreement, which compels signatories to achieve net-zero emissions by 2050 in order to give the world a chance of capping global warming at 1.5 degrees Celcius above pre-industrial levels.Tiller said there were "no guarantees" the project would be successful but said CCS is "absolutely necessary" if the world is to avoid runaway climate change."There are no guarantees but we know that carbon capture and storage is absolutely necessary for Europe and the world to reach the temperature targets in the Paris Agreement," he said.

Other countries must support the capture and storage of CO2 as a relevant climate measure.".

The project aims to kickstart the CCS market by developing technologies and lowering the cost of capturing and storing atmospheric CO2, which is the major driver of climate change."No contradiction" between Project Longship and fossil fuel industry.

The company, which has developed machines that suck carbon from the atmosphere, could one day provide CO2 for storage as part of the project.