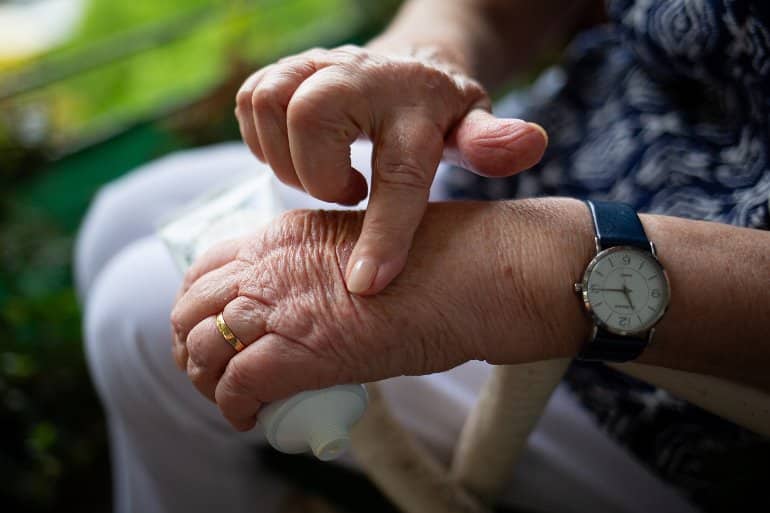 Summary: Taking NSAIDs such as ibuprofen or naproxen for arthritis may make inflammation worse over time, a new study reports.Taking anti-inflammatory pain relievers like ibuprofen and naproxen for osteoarthritis may worsen inflammation in the knee joint over time, according to a new study being presented next week at the annual meeting of the Radiological Society of North America (RSNA).

In people with osteoarthritis, the cartilage that cushions the joint gradually wears away.

Arthritis is often accompanied by inflammation, or swelling, of the joint, which can be painful.

In particular, the impact of NSAIDs on synovitis, or the inflammation of the membrane lining the joint, has never been analyzed using MRI-based structural biomarkers.”.

Luitjens and colleagues set out to analyze the association between NSAID use and synovitis in patients with osteoarthritis of the knee and to assess how treatment with NSAIDs affects joint structure over time.

“Therefore, the goal of our study was to analyze whether NSAID treatment influences the development or progression of synovitis and to investigate whether cartilage imaging biomarkers, which reflect changes in osteoarthritis, are impacted by NSAID treatment.”.

For the study, 277 participants from the Osteoarthritis Initiative cohort with moderate to severe osteoarthritis and sustained NSAID treatment for at least one year between baseline and four-year follow-up were included in the study and compared with a group of 793 control participants who were not treated with NSAIDs.

Joint inflammation and cartilage quality were worse at baseline in the participants taking NSAIDs, compared to the control group, and worsened at four-year follow-up.

“In this large group of participants, we were able to show that there were no protective mechanisms from NSAIDs in reducing inflammation or slowing down progression of osteoarthritis of the knee joint,” Dr.“The use of NSAIDs for their anti-inflammatory function has been frequently propagated in patients with osteoarthritis in recent years and should be revisited, since a positive impact on joint inflammation could not be demonstrated.”.

9 How often you can take Tylenol? Explaining the safe use of acetaminophen for pain relief - USA TODAY

10 HBO's The Last Of Us Fans Are More Than A Little Horrified By Reports Of Real-Life Fungi Spread In U.S - Yahoo Entertainment