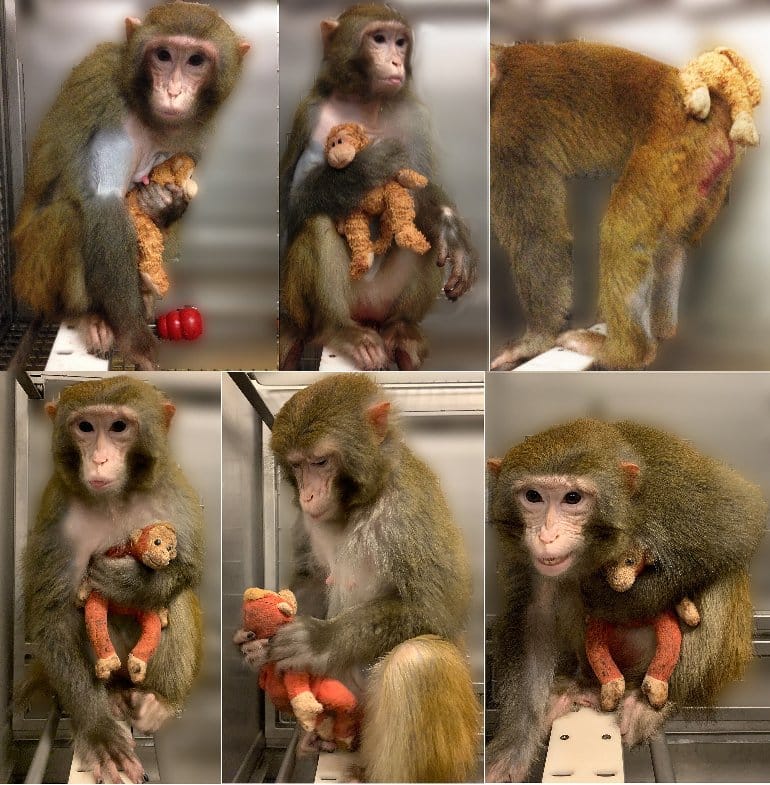 Summary: Female macaques appear to form an attachment to their infants via tactile sensations of their soft textures rather than on other cues, including sight and sound.Neurobiologist Margaret Livingstone never expected to publish a study on maternal attachment and bonding in monkeys.

However, in the course of her research on how visual object recognition develops in infant macaques, she made a series of surprising observations about their mothers, and she knew she had to share it.

The observations suggest that monkey mothers form attachments to infants based on the tactile sensation of soft texture rather than on other cues, including sight and sound.The research builds on foundational studies from the mid-1900s on the biological basis for how infants bond with their mothers.Livingstone, the Takeda Professor of Neurobiology in the Blavatnik Institute at Harvard Medical School, spoke with Harvard Medicine News about the history of our understanding of attachment, what her observations reveal about maternal bonding, and why studying monkeys is essential for learning about complex human cognition?HMNews: How did you end up studying maternal attachment and bonding in macaques.

Over 10 years, I made a series of unexpected, incidental observations about how monkey mothers form attachments to their infants.

He discovered that the infant monkeys formed strong attachments to soft towels, and they were upset when the towels were taken away.

The infant monkeys raised with a soft towel were larger and healthier than those raised by their own mothers.

Harlow’s research showed that attachment in infant monkeys is mostly tactile, and bonding with a soft object happens relatively quickly.

However, there has been very little research on the maternal side of attachment, which is what my new paper addresses.

What do they tell us about maternal attachment.

We knew from our earlier research that monkeys must be exposed to faces during their early development in order to form domains for facial recognition.

Therefore, we assumed that mothers would have a template for what a baby monkey ought to look like.Analogous to imprinting in baby birds, female monkeys appear to bond with the first soft thing they encounter after giving birth, and they consider it to be their baby.

Eventually, the mothers doubtless develop a complicated, high-level, multisensory template for recognizing their baby, but the initial trigger for forming that bond seems to be tactile.

Maternal bonding evolved much earlier than the higher visual areas in temporal cortex, so mammals must have evolved a way of bonding with their babies that doesn’t rely on this visual region of the brain.

They have this simple trigger for bonding based on touch that usually works fine given the proximity of the baby after birth.

Additionally, this very low-level template could continue to be used for maternal bonding even as the physical form of monkeys—including the appearance of their faces and bodies—evolved over time?

What we found also aligns with Harlow’s conclusion that infant monkeys form attachments to soft objects based on touch?

Because of the similarities between monkey and human brains, I wouldn’t be surprised if touch and soft texture also play an important role in the bonding of human mothers with their babies, or even in other kinds of human attachments.HMNews: Why do research with monkeys at all.Our research on baby monkeys provides valuable information about what is happening in the human brain during early development.

We need to study monkeys to understand how these processes work during human development and how we can intervene when a child suffers abnormal early experiences or doesn’t develop as expected.

Although the direct application may not necessarily be clear from the outset, we do research on monkeys with the ultimate goal of deepening our understanding of human brains and behavior so we can eventually benefit human society in some way.

Previous studies showed that baby monkeys separated from their mothers develop strong and lasting attachments to inanimate surrogate mothers, but only if the surrogate has a soft texture; soft texture is more important for the infant’s attachment than is the provision of milkHere I report that postpartum female monkeys also form strong and persistent attachments to inanimate surrogate infants, that the template for triggering maternal attachment is also tactile, and that even a brief period of attachment formation can dominate visual and auditory cues indicating a more appropriate target

11 California serial killer appears to be ‘on a mission’, as police link seven shootings - The Guardian US