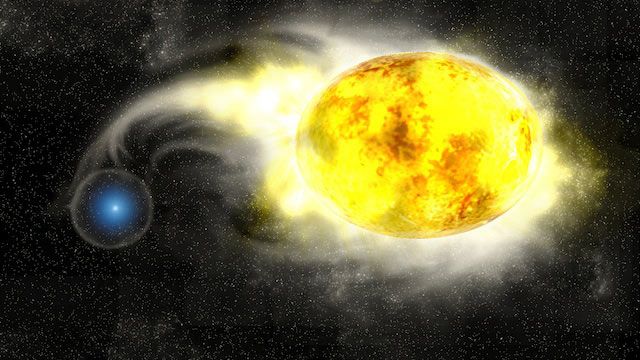 May 10, 2021 1 min, 5 secs
In a new study, an international team of researchers used images from the Hubble Space Telescope to document the demise of a giant star 35 million light-years from Earth. .Those Hubble images showed something strange: The cool, yellow star had no hydrogen in its outer layer. .

"It's almost impossible for a star to be this cool without having hydrogen in its outer layer.

We looked at every single stellar model that could explain a star like this, and every single model requires that the star had hydrogen, which, from its supernova, we know it did not.

In the images from Hubble, the researchers observed the star two-and-a-half years before it died in a supernova explosion and through that dramatic event.

For example, the star could have shed the layer, or, potentially, the hydrogen could have been pulled off by a nearby stellar companion!

However, in observing the star they noticed that, after the supernova occurred, material flung from the star in the explosion collided with massive amounts of hydrogen.

This supported the idea that the star shed its shroud of hydrogen years before its demise. !Still, the researchers are not completely discounting the possibility that a nearby star stripped this star of its hydrogen.